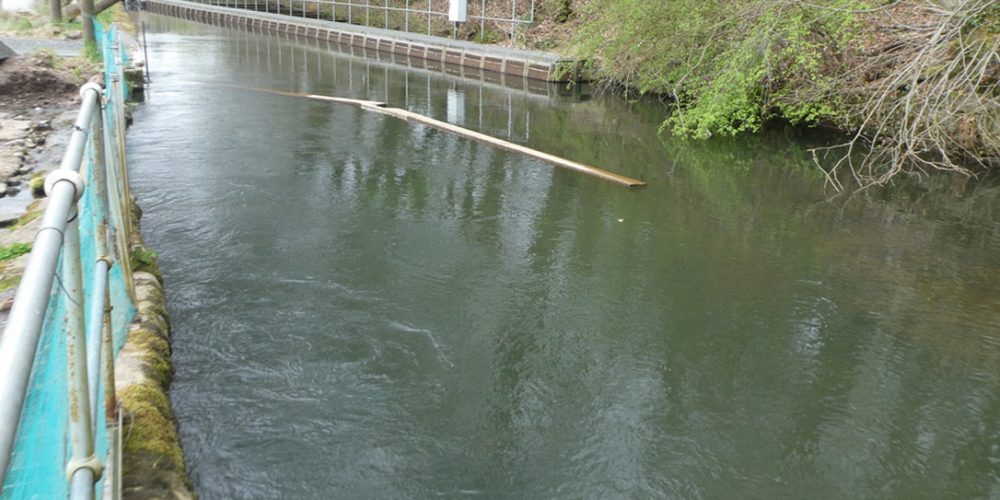 With April being a very dry month, flow in the river is at base levels and as low as we’ve seen for many years. At the time when smolts are descending the river, this is a worrying time as they are easily delayed by a lack of water and this leaves them vulnerable to predation and disease. 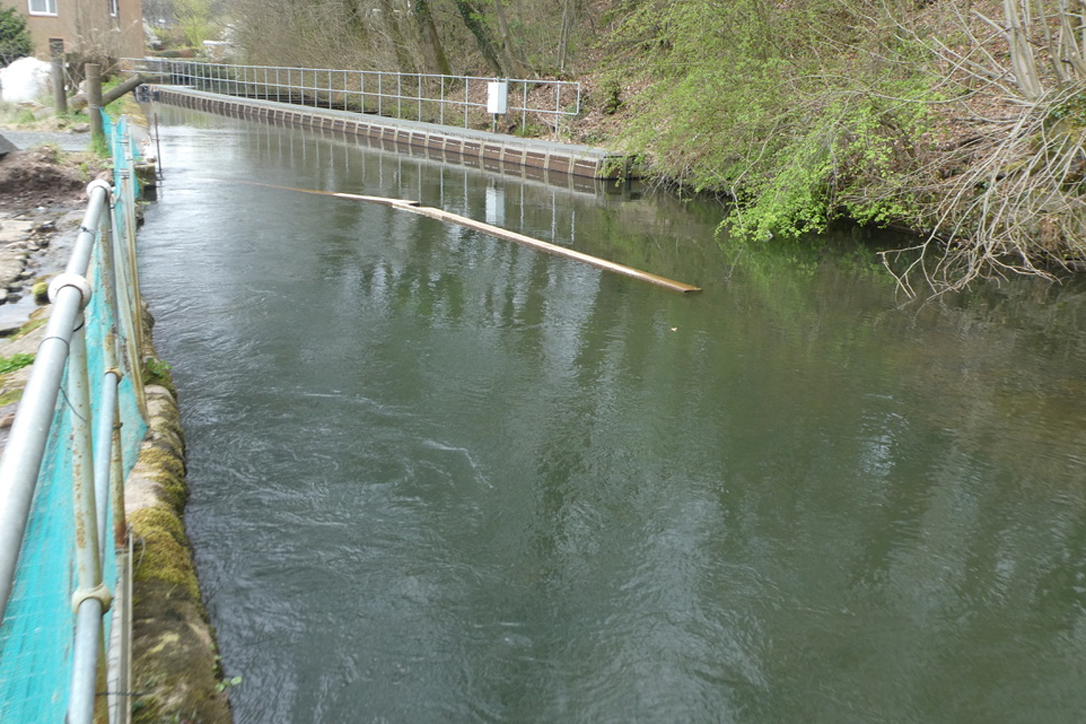 A floating timber boom has been added to guide smolts to the by wash entrance. The green tinge to the water is due to iron enrichment that comes from historic and recent mining in the upper catchment. With little rain dilution, the upper river is particularly affected at this point in time.

Work to improve both downstream migration of smolts and upstream passage of adult salmon and trout has ben completed in the last few years at Catrine where a bottleneck used to occur. So far this year, the new by-wash function appears to be satisfactory however we will keep an eye on this until the smolt run is complete. At least so far this year, we haven’t seen a large nuild up of smolts in the lade or behind the dam. A floating boom has been added to direct smolts to the new bywash. We checked again today and while there were a few smolts in the lade, there weren’t many which was a relief. 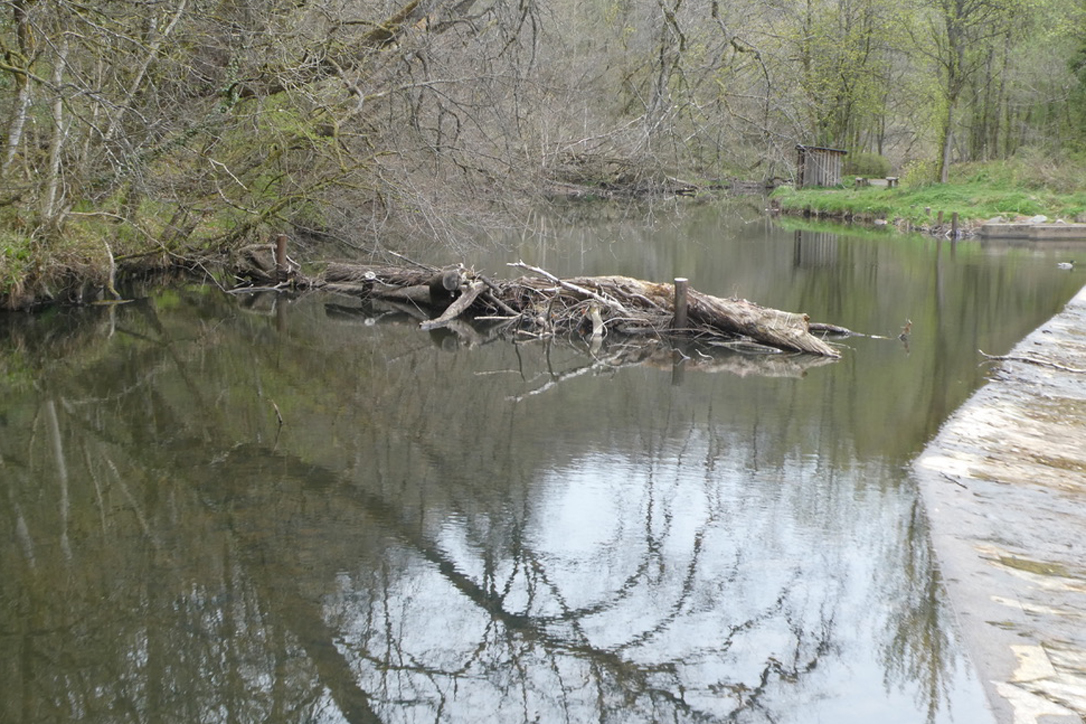 The coarse trash screen upstream of the lade penstock is needing cleared but there still is a way through for smolts.

The ladder was improved last year with the removal of the deflector that had become a redundant feature and some of the rock armour was also removed when the end wall of the fish pass was cut to make access more obvious. It seemed to work well after completion last year but we will monitor this in 2021.