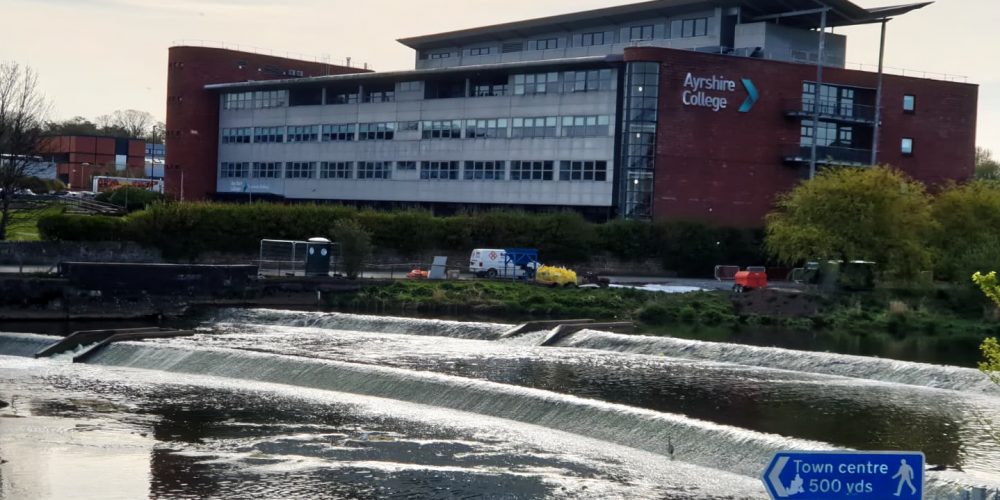 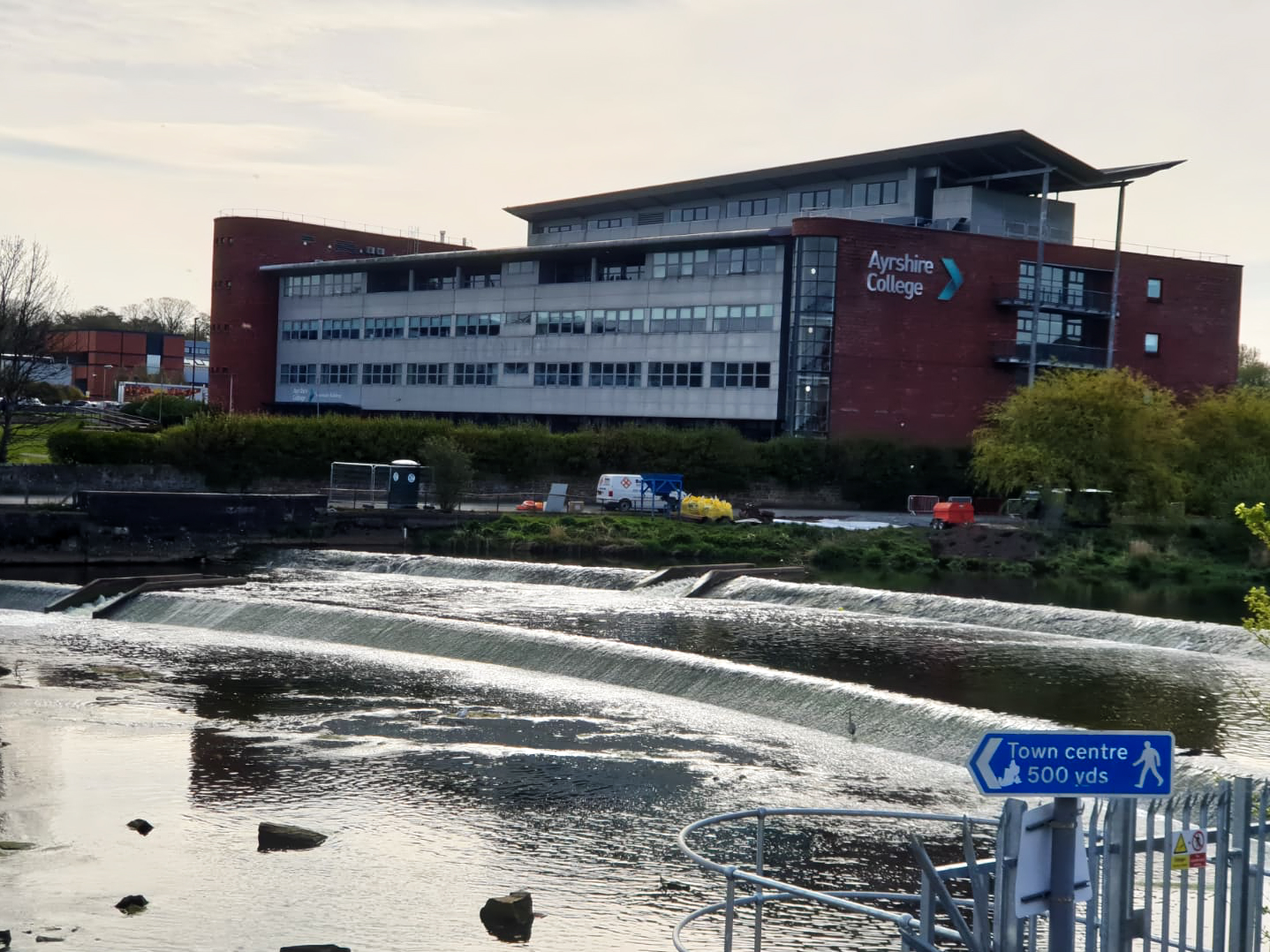 We have had a few calls looking for information on what’s happening at Dam Park / Nethermills on the Ayr. Machinery moved onto site over the weekend and contractors started working today. An Archimedes screw type hydro scheme is being built along with a turbine house that will generate electricity for the College.
The Energy Agency are behind this development and have been in consultation with the DSFB and ART since the plans first came to light. They have also communicated with Crown Estates, proprietors of this beat. The hydro should have been constructed last year but was delayed due to Covid. Work will commence this week and should be completed by November this year. In stream work will be completed by the end of October in accordance with the CAR licence issued by SEPA.
As part of this scheme we have secured improvements for fish passage, particularly downstream movement of smolts but these alterations won’t be completed in time for the current migration. Upstream migration should continue via the fish passes as per SEPA’s CAR license terms and conditions.
The fish passes will remain open throughout the works unless short term closures are required to access the other side of the weir but essentially this will be an infrequent event and fish passage will be maintained throughout the season.
Side by side with this development, Marine Scotland are about to have a camera and counter installed into the upper fish pass to count salmon and hopefully sea trout into the river. As the hydro will draw up to 9 cubic meters of water per second, little flow will go over the weirs in normal to mid flows so the fish will enter the river via the fish passes. Currently salmon can be seen going over the dams but they also use the passes. In future the majority will pass through the passes and the camera /counter. This will allow MSS to more accurately assess migration into this river and may also be used to model runs into other local rivers.
ART and the Board will be keeping an eye on things and have regular meetings with the developers and MSS until these projects are completed.
Catch Returns from 2020 season Smolt Migration at Catrine