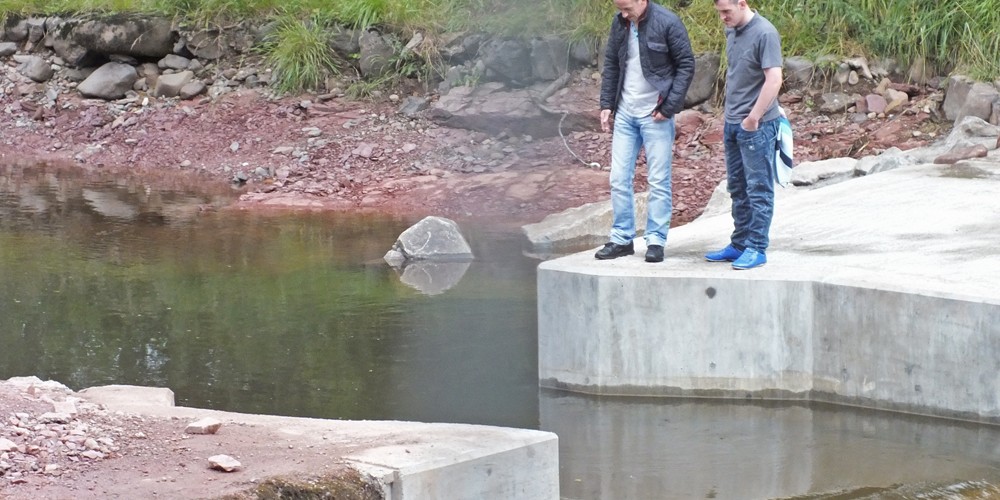 Despite the weather forecast warning of heavy rain this weekend, there hasn’t been much and nowhere near enough to freshen the river or bring the fish in from the bay.

I took a quick trip to Catrine today  just to see if there was any rise at all. I’m always amazed at the level of interest that the modifications attract. Two Sorn anglers spent 5 minutes discussing things with me before heading on their way but they were broadly supportive of the work that has gone on and can see the benefits for the fish. I went to take the usual photo of the newly modified Anderson’s leap as I build up a record of flow patterns in all heights of water. There were two more people there beside the dam looking and discussing the works in some depth. I can’t help thinking that the fence around the fish pass is inadequate. 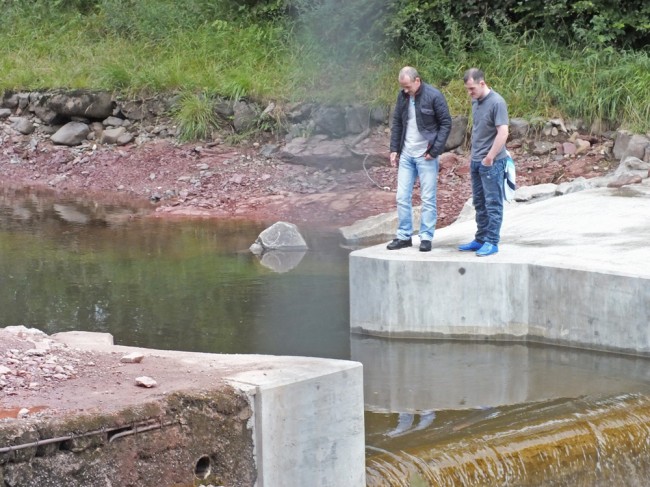 The fish pass at Anderson’s is generating considerable interest these days.

I know the vast majority of people interested in the works and for that matter the fish are genuine anglers but I hope those with less honourable intentions know that the bailiffs will be active throughout the season and will prosecute anyone found to be involved in the taking or attempting to take salmon illegally. The fish pass and the structure in the photo above all fall under the fish pass regulations as detailed within the Salmon and Freshwater Fisheries (Consolidation) (Scotland) Act 2003 as amended.