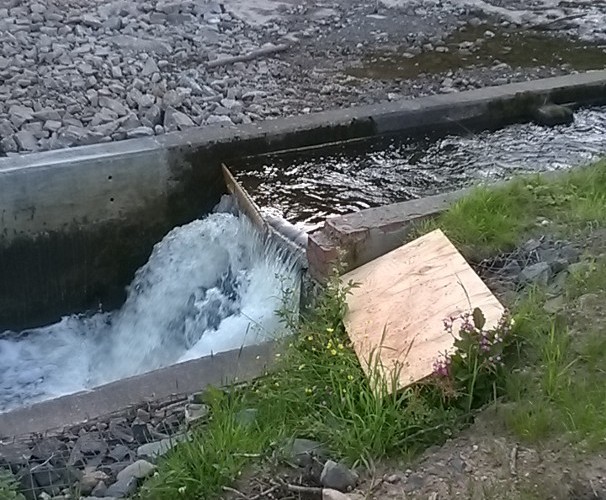 Catrine issues continue.  Yet again another deliberate blockage discovered by bailiffs recently. The youths suspected of being responsible were still in the vicinity but with no firm evidence nothing can be done. This kind of event is an example where we need the clubs and their members to take a stand and help the bailiffs.  The bailiffs can not be everywhere at once, we have a catchment of over 500 square kilometers to police.  All too often we get a late call or somebody telling us it happened yesterday. Its your river, report it and we can do something. Turn a blind eye or ignore it then we need an awful lot of good luck along with planning to catch them in the act.  This particular incident occurred within two hours of the contractors leaving the site in broad daylight.

Bailiff patrols have been stepped up in the area.  I have contacted the wildlife crime police officer recently to request the police patrol units visit the site regularly to which they are happy to oblige. 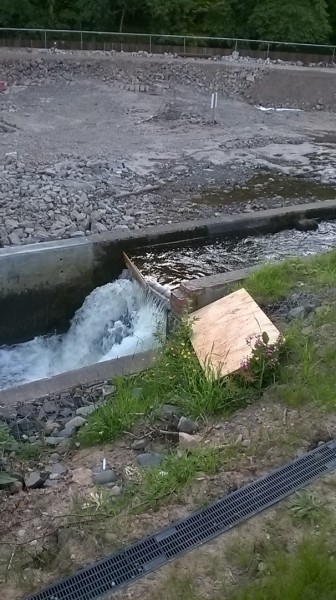 It took four men half an hour to remove the blockage even with the fish pass closed down.  The hidden danger here is the force exerted on the board from the weight and velocity of the water. The chamber wall acts as a strainer (term given to an object in the flow that can trap other objects/debris against it).

My main concern here is if a youth enters or falls into the chamber of the pass they will become trapped against the strainer (downstream chamber wall).  If this happens in cold water a persons energy is quickly drained and they will be unable to rescue themselves.  At best there would be a serious injury and at worst death could occur. 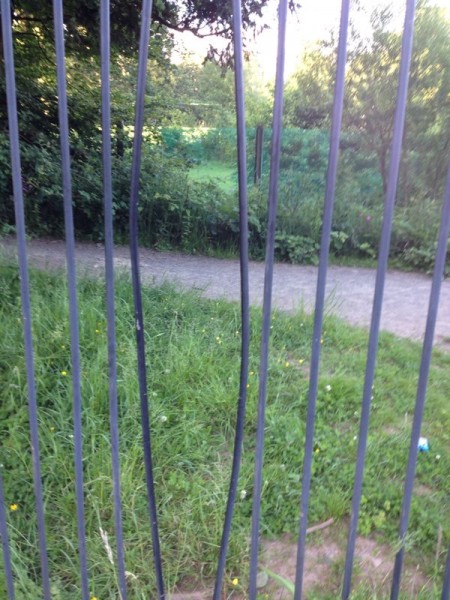 Damage to security fence to gain access to the fish pass

It is clear to see here that the security fence to prevent access to the fish pass has little or no effect.  I have raised this concern with Catrine Community Trust. 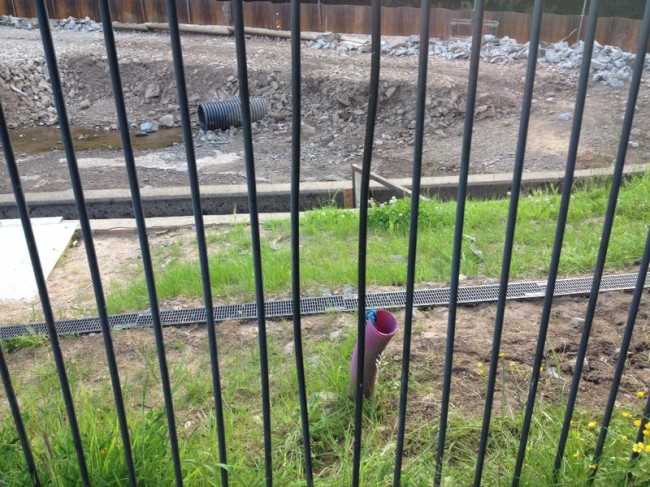 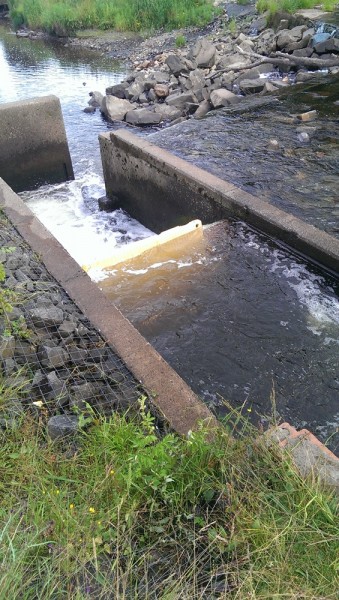 A similar incident occurred last year and this can be seen from these two pictures.  This shows that it is not an isolated incident or problem.  This incident was also highlighted to Catrine Community Trust at the time. 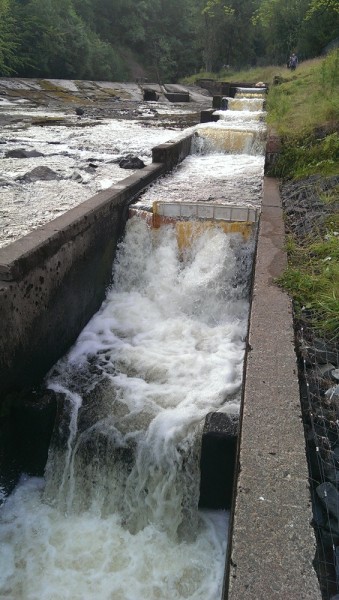 Same 2013 incident from another angle

At the Ayr Board AGM last week, I again highlighted my concerns to Mr Hugh Hutchison of Catrine Community Trust about these issues.  I have concerns over the poaching levels and attempted poaching instances at Catrine and bailiffs are responding to these concerns.  My main concern is over public safety.

If you witness suspicious activity or are concerned for someones safety report it to the bailiffs immediately. You can also contact Police Scotland by calling 101, they are aware of the current issues and will respond accordingly.