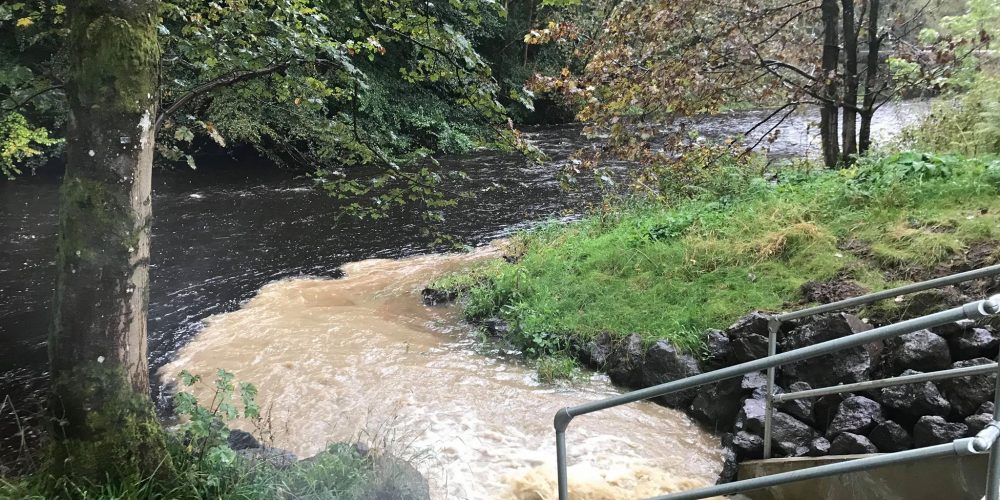 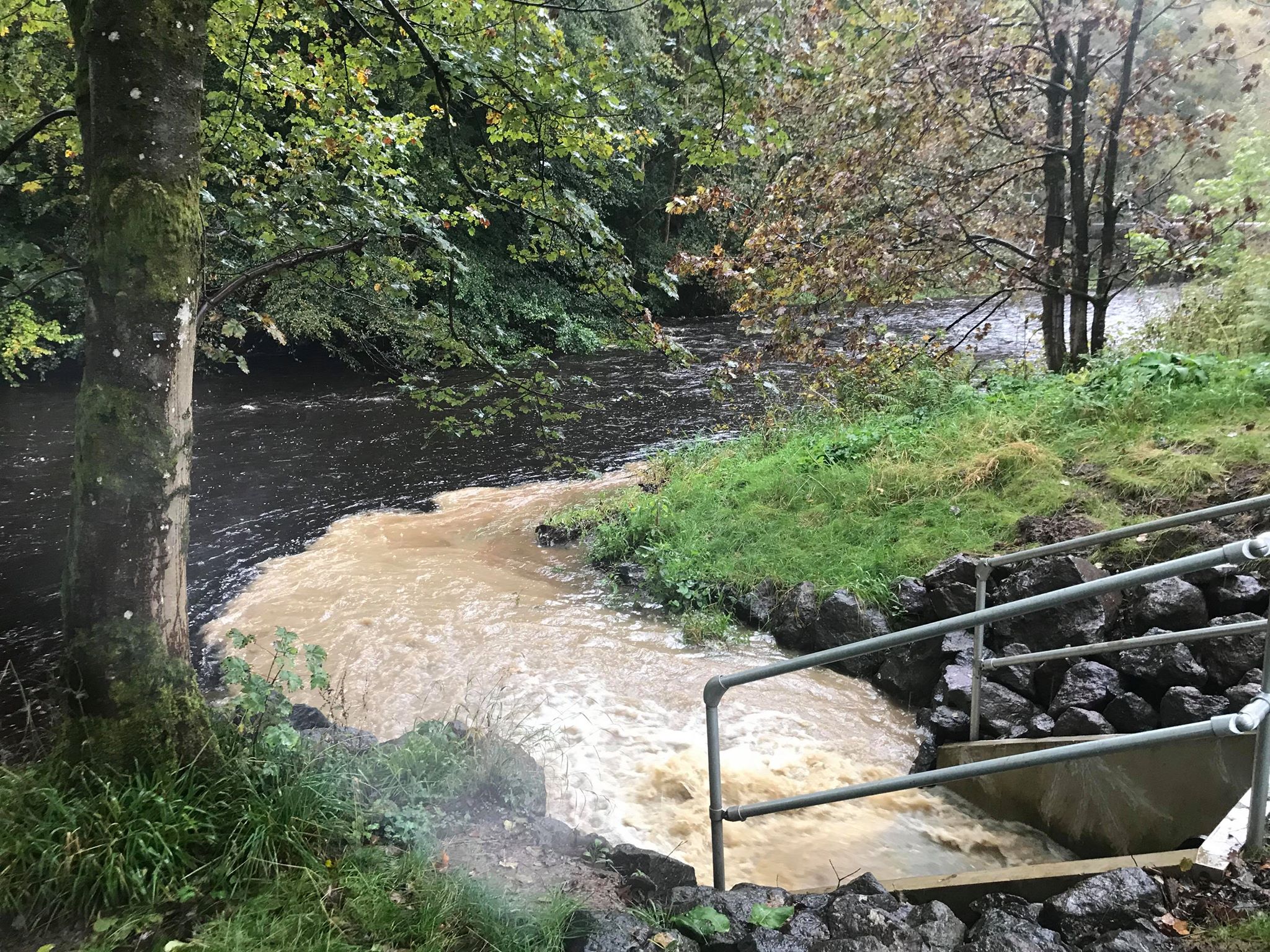 ART staff came across pollution entering the Ayr near the new Academy site at Cumnock this lunchtime.
This is one of several incidents they have reported to SEPA from this outfall and so far no one has been able to pinpoint which developer/builders are responsible.

While the main river was running clear and  dispersed the pollution over the next few hundred meters or so, it isn’t right that this is allowed to continue without the company or persons responsible being held to account.

I recall reading that the SEPA Chief Executive Terry A’Hearn, stated in Dec 2017: “Every day SEPA works to protect and enhance Scotland’s environment and we will respond robustly to organisations who fail to comply with environmental controls.  Every operator must comply.” This followed repeated pollution on the Dee and Don during the construction of the Aberdeen Western Peripheral Route. Admittedly, there was significant impact found on the freshwater environment but that led to a massive £280,000 payment as retribution for the damage (shared between 8 organisations).

While the penalty must be commensurate with the damage, it would at least be reassuring if here in Ayrshire, those responsible could be identified and the pollution stopped. No one want’s companies fined unnecessarily but we all want them to comply with legislation designed to prevent pollution and protect the environment.

Too Much Water Burnock Dam