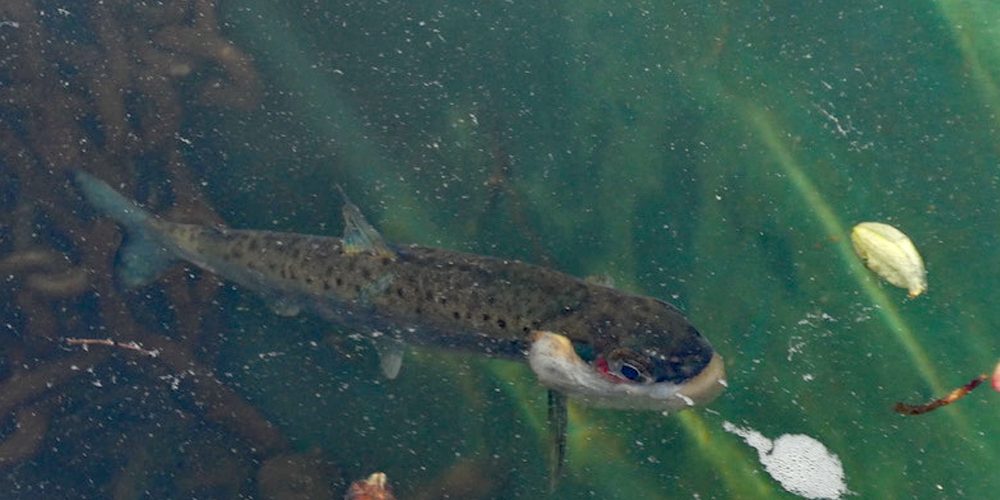 Here’s a link to a slow motion video shot at Catrine as smolts were rising in the lade. While this is an appreciation of the agility and athleticism of smolts (juvenile salmon) the video highlights one of the main problems facing smolt emigration from the River Ayr when they become drawn into an artificial lade. Their progress towards the sea appears to be delayed and their life survival strategy of shoaling is fragmented as they leave the lade in dribs and drabs. The delays result in the smolts becoming susceptible to disease as water temperatures rise and prone to increased levels of predation and damage as all sorts of predators home in on the high concentrations of salmon in the lade and the river upstream of the dam. Despite several attempts to improve the situation since 2017, the fact remains that smolts are delayed at this dam and as a result, the numbers leaving the river successfully are reduced. This is an environmental problem (some may say a disaster) where the regulator SEPA, the operators of the hydro scheme and fisheries interests must find a solution and quickly. The status quo is unacceptable. We don’t want to be reporting on a fourth year of delays in 2020.