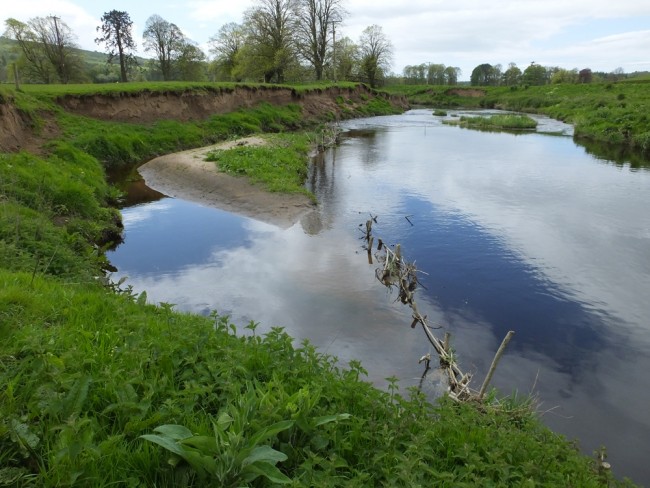 Ayrshire Rivers Trust aims to deliver a demonstration of willow spilling with the assistance of Board members and volunteers.

One area in particular is of interest and has suffered considerable erosion in recent years causing the River Ayr Way to collapse and a power line pole to be relocated. The area in question is at Nether Wellwood bridge on the right bank (looking downstream).

This type of erosion contributes tonnes of soil to the river and this impacts on both water quality and condition of the habitat, reducing spawning success. With the help of a few volunteers  the Trust will arrange a day when we hope anglers and clubs will come along, lend a hand and learn a new technique that may be useful elsewhere on the river.

In the last couple of years, the Trust has performed similar bank stabilisation on other local rivers with good success.

Here are some before and after pictures of what the Trust did to reduce erosion on a stretch of the Girvan that suffered similar problems. Once the date for this is announced, we will let anglers know so come along and lend a hand. Improving habitat is one of the most reliable ways to increase fish stocks in the river. 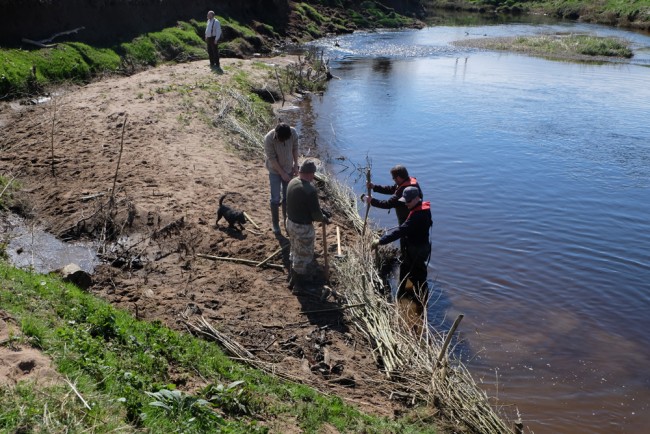 2016 and work underway to install willow faggots to the bank. 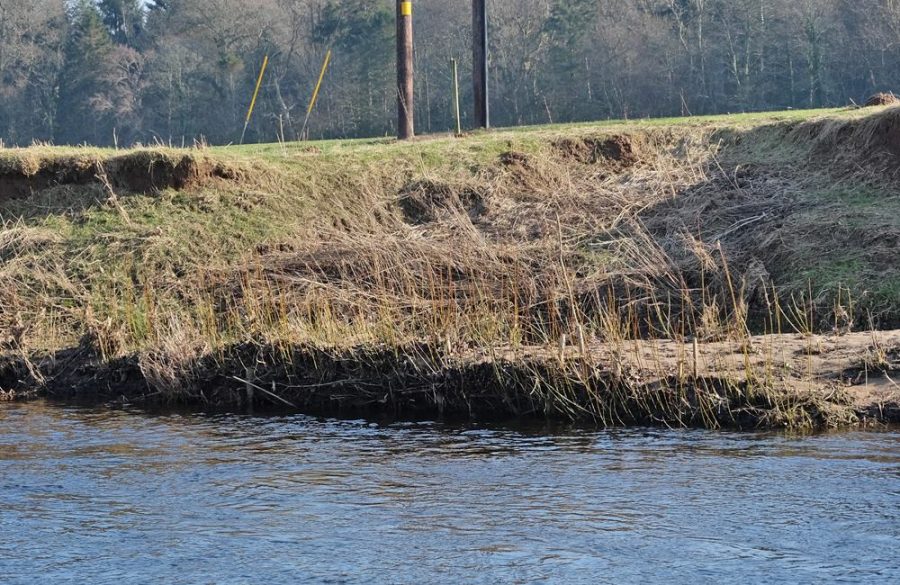 2017 and the bank is stable and increasing. The willow faggots have rooted and will produce assess of willow shoots in the coming year. These can be harvested and used for more bank stabilisation work. 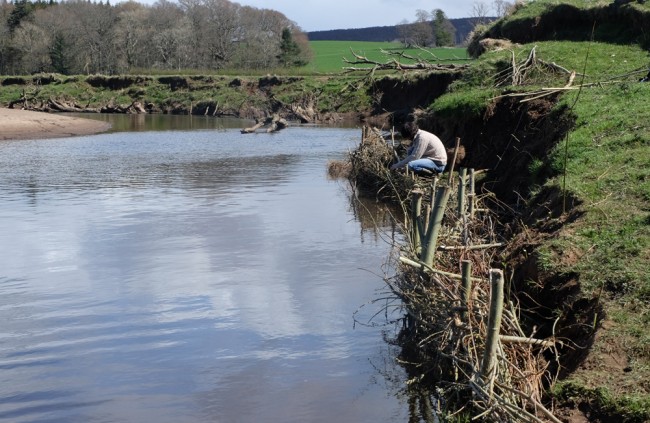 Another method using willow. This time it is willow spilling (weaving). This section was disappearing at an alarming rate. 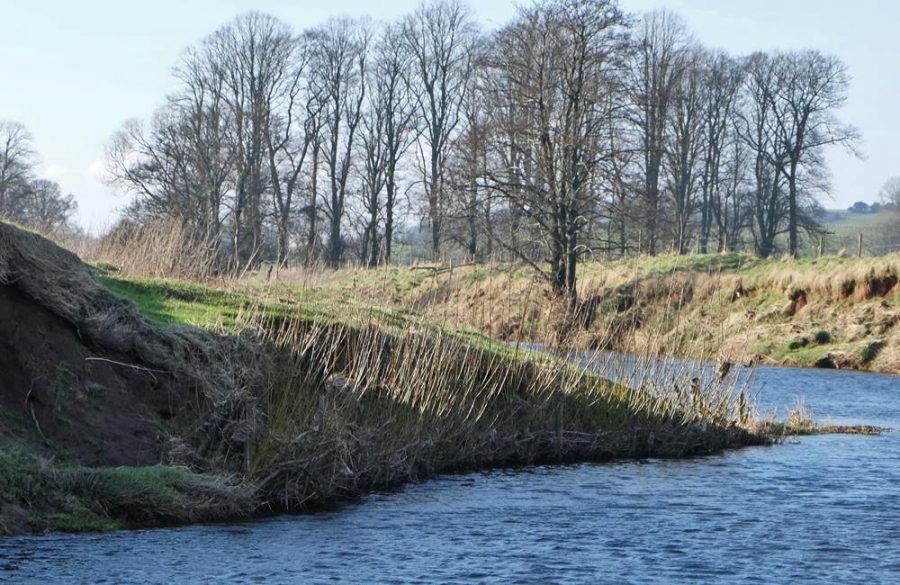 10 months later (Feb 2017) and the bank is stable and has greened up. Erosion has stopped. The willow spilling is developing well. In a few years this will look like an entirely different stretch of habitat.