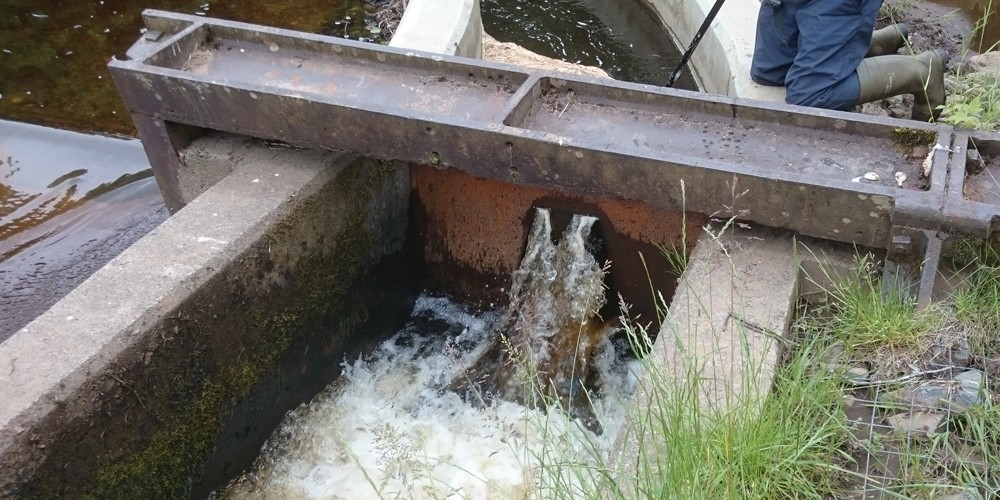 The problems with Catrine Fish Pass continue with still no resolution to the problems over the turbulence and accessibility at the entrance. We are informed that an experimental deflector will be attached to the side wall of the fish pass on the dam side to push water away from the entrance in a bid to reduce the turbulence that makes it difficult for salmon to find their way into the ladder. Catrine Community Trust assure us that this is due imminently.

The requirement for a counter within the ladder as yet remains unresolved despite previous assurances that a Vaki system had been ordered. Due to cost, this is not the case and the community trust are now considering the cheaper alternative of a resistivity type counter. This type of counter provides relatively noisy data that requires careful analysis as opposed to the imaging type of data that comes through Vaki (not photos). There would need to be considerable experimentation to ensure that either type of counter is recoding accurately and this will take some time before confidence in either system could be established however the Vaki system that is operated elsewhere in Ayrshire proves to be reliable and not too laborious to analyse. Turbulence is the greatest problem for resistivity counters and it may not be feasible to install this type of device within the current fish pass set up.

During a visit last week, ART’s  representative was at the ladder with CCT staff and it had again been blocked deliberately at the new baffle plate at the top of the fish pass. Boards and timber from the Daldorch Fence had been used. Shutting down the flows to remove salmon from the ladder continues to be a problem and ART highlighted again that the fish pass should be covered at least in key areas to prevent interference however CCT are unwilling to do this. Until this fish pass is covered then poaching will continue. It isn’t possible to monitor the ladder 24 hours a day as bailiffs are limited in number and can’t be everywhere at once. 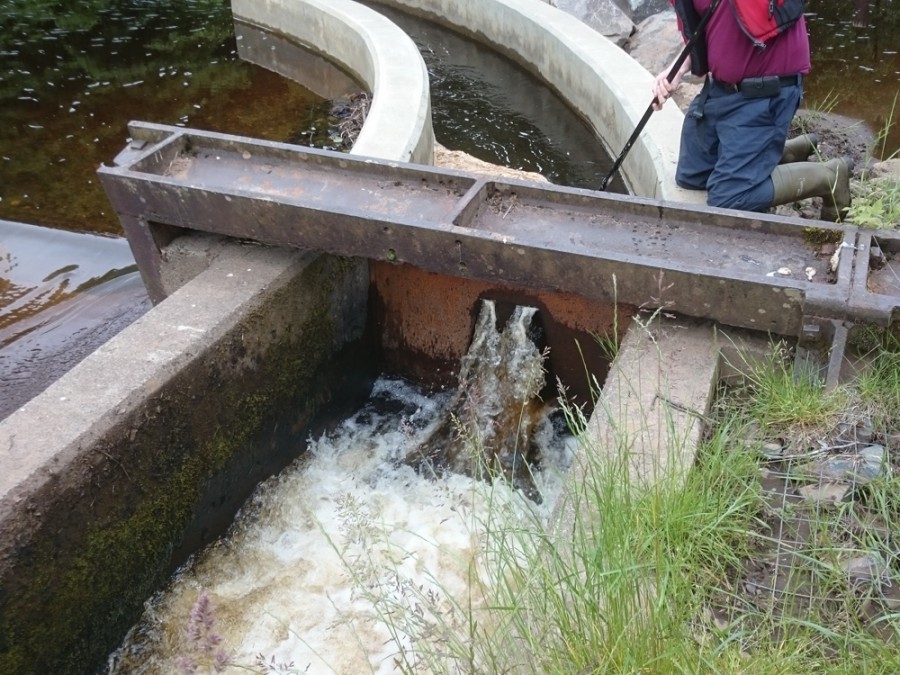 CCT staff removing another deliberate blockage at the fish pass in Catrine.