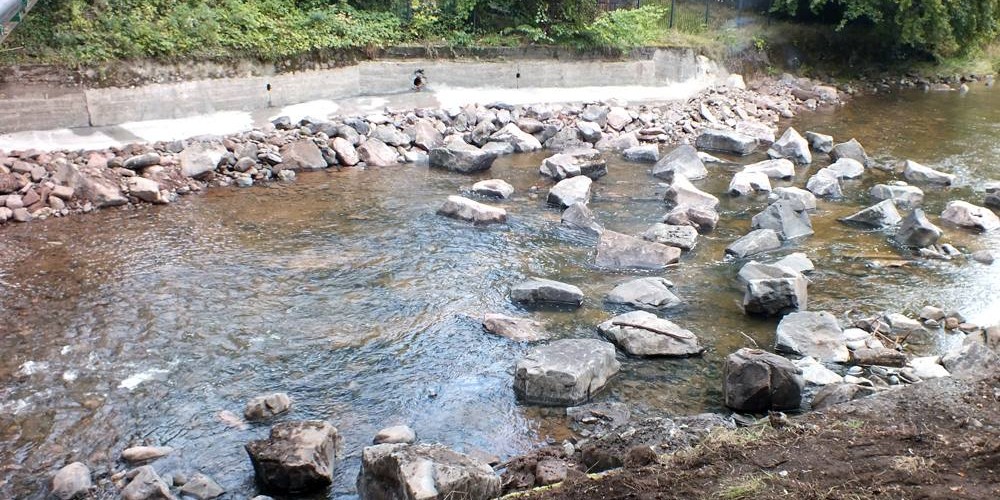 Underpinning at the Daldorch wall has been completed and the contractors have finished all works in stream. ART raised their concerns to SEPA over the approach taken to dam the site using river stone. SEPA acknowledged this hadn’t been a good approach and not as detailed in the CAR licence issued, but the damage had been done by the time it was discovered and the suggested solution is to allow the river to redistribute the stone downstream. The Board expect the rock armour to move during the next few spates. As long as a blockage doesn’t occur, there should be no further need for intervention. Not an ideal situation and not very reassuring that contractors operate to the highest standard in rivers! 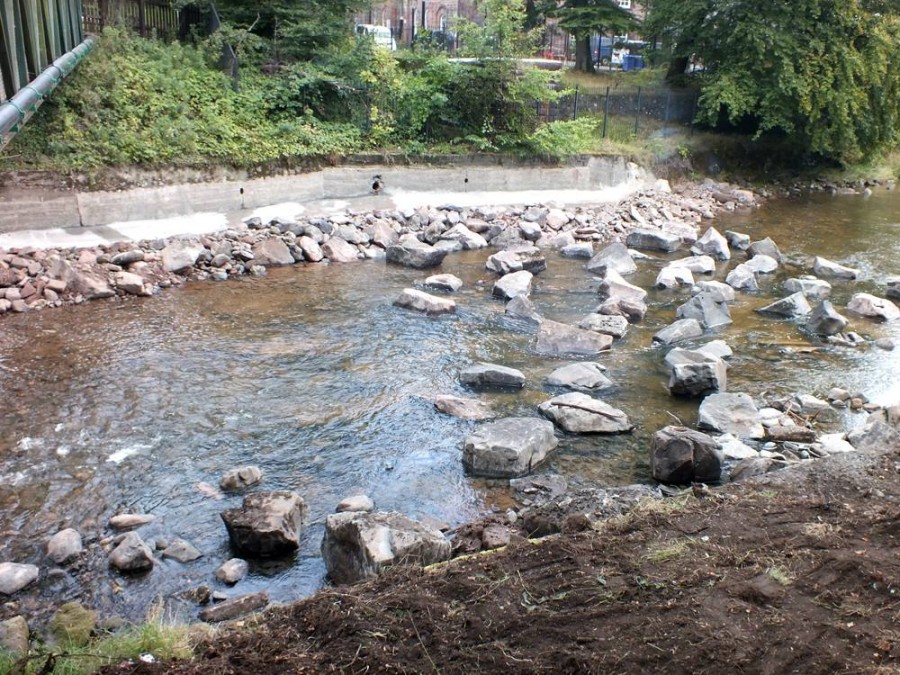 The ‘restored’ site following the contractor completing their job.