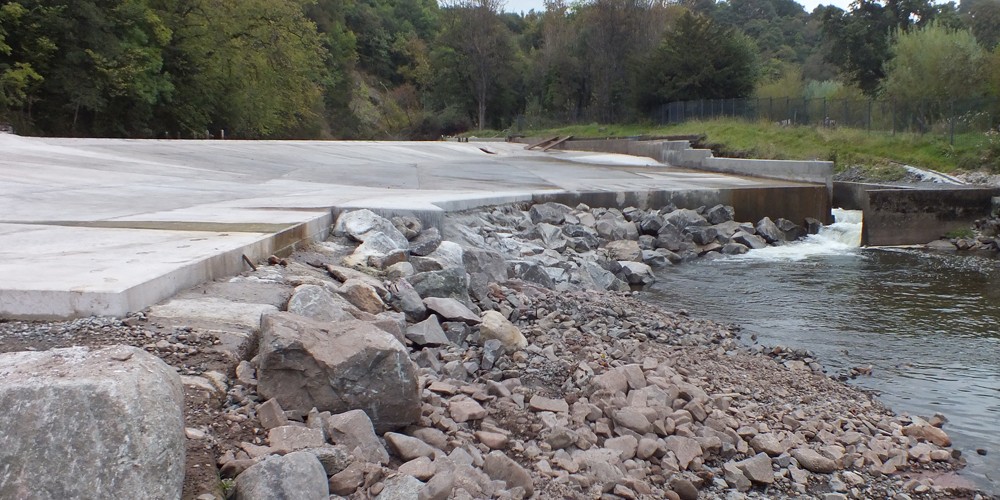 ART have reported that Catrine Dam has been completed this week and all works to stabilise the structure are finished. More work is required to complete the fish and eel passes including fixing a baffle to stop the standing wave that appeared after the bypass channel was opened (it draws too much water for the levels to be maintained. causing a standing wave to form. This is one of the hazards of trying to fix a poor design rather than rebuilding from scratch). Smolt screens have yet to be installed in the lade to prevent fish from entering the voes but Catrine Community Trust will get on with this now that the main contractor has finished. A camera and counter is also planned for the fish pass but as yet we have received no indication of when we can expect this.

Other outstanding issues may be addressed depending on how the structure and flows perform during spate conditions. Prior to the coffer dam being removed, water flowing over the dam in spate conditions effectively barred salmon from finding the access to the fish pass once flows reached a certain level (around 0.5m on SEPA’s hydrograph). Should this situation remain now that the coffer dam has been removed, the Board will seek urgent alterations to make the fish pass fit for purpose. This may include the removal of the end wall of the fish pass and the construction of an extension to the dividing wall between the dam and fish pass to keep the two flows separate thereby allowing fish to find the entrance. The pass should be accessible at all flows when migrating species are expected to be moving upstream, not just during low to mid flow periods.

Until we get rain, we will just have to wait before these decisions can be taken by those concerned. The contractors have finished their works well ahead of schedule and are to be congratulated. They took a very proactive approach working with Board’s bailiff force and Ayrshire Rivers Trust to prevent unnecessary damage to both river and fish. We look forward to the rest of the work being completed as soon as possible. 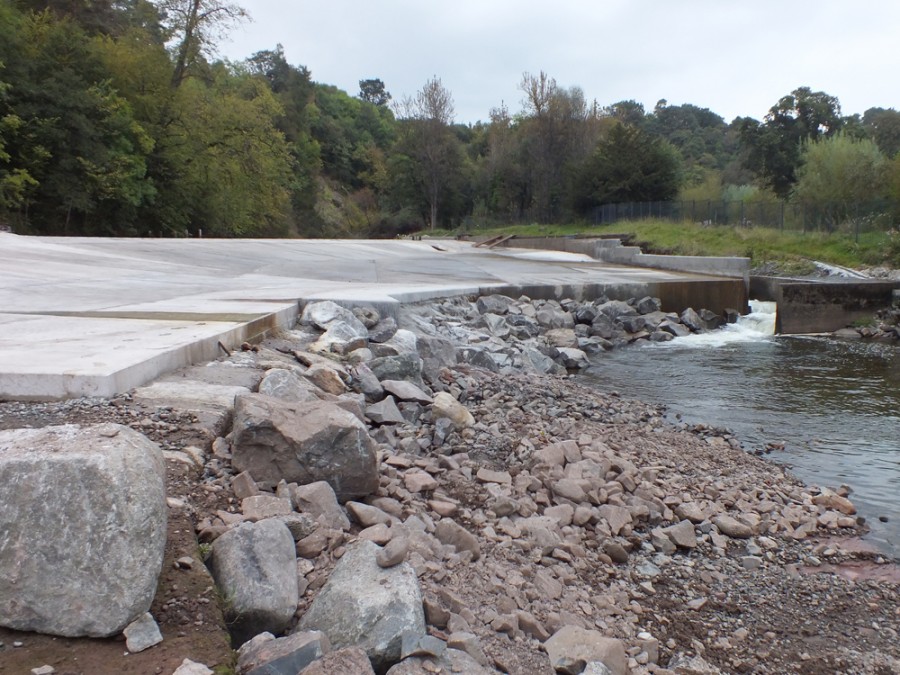 Looking upstream at the completed dam. Photos from ART. 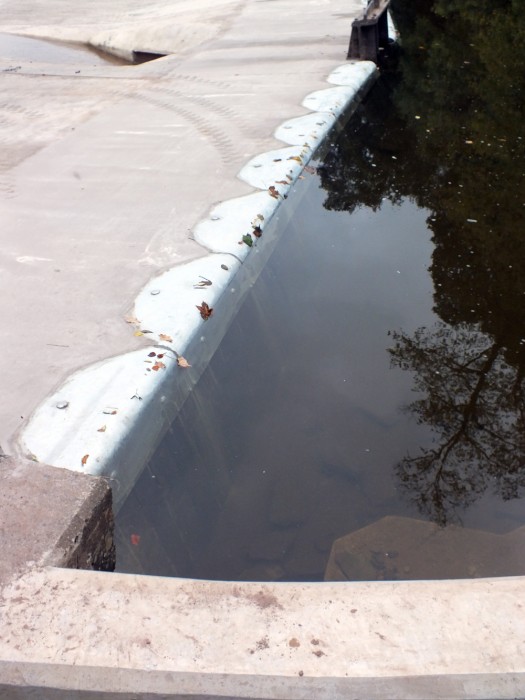 The crest plates were modified after ART and the Board repeatedly highlighted flaws with the proposed design. This solution appears to be a good one. Photo courtesy of ART