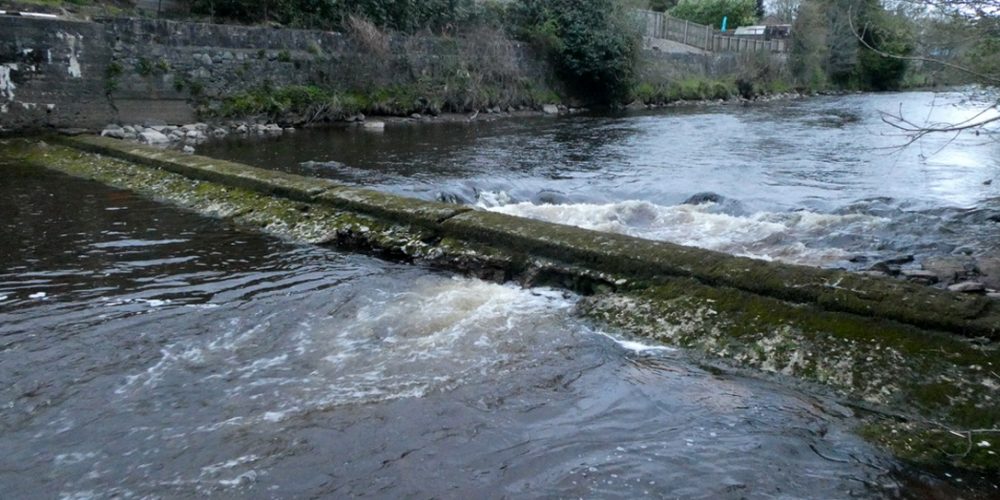 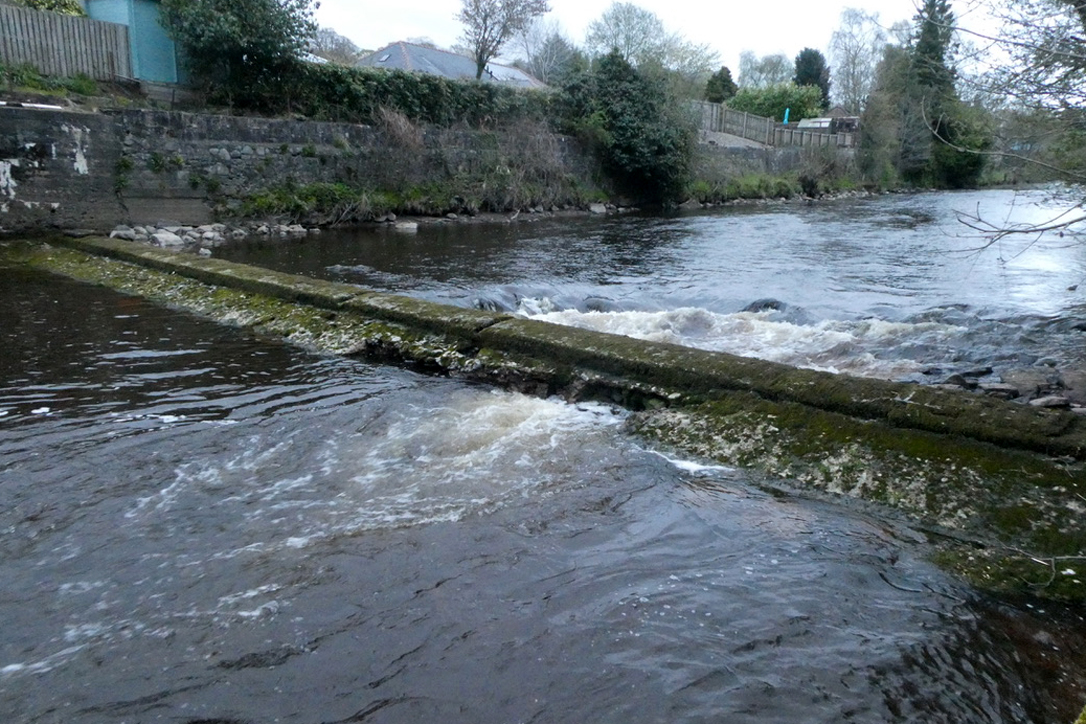 Another potential problem has arisen on the Ayr with a weir at Carine undermining. It is the weir downstream of the institute adjacent to Ballochmyle Road.
We received a message about this earlier today and went for a look as soon as we could.
This weir carries a sewer to the Catrine Sewage Treatment works and is possibly at risk of collapse. It has been reported to Scottish Water as it is their responsibility but we also let SEPA know in case it ruptures and there’s a pollution incident. 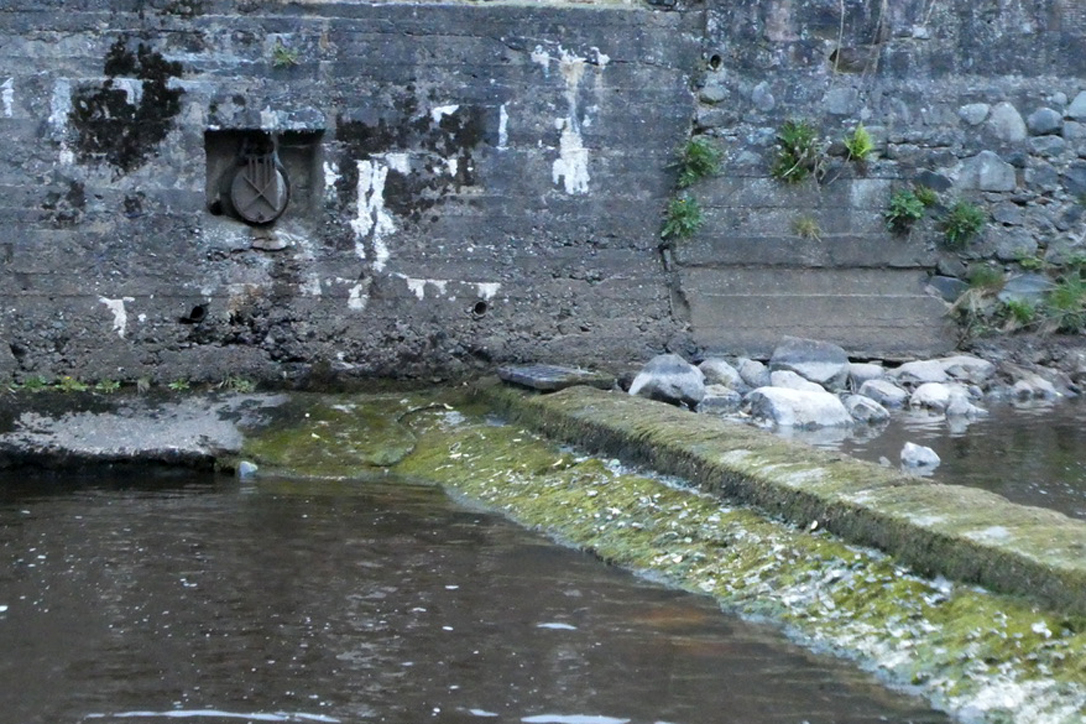 Looking at SEPA’s  hydrograph on Saturday we noticed an anomaly in the levels occurred at around 6am which never seemed to correct itself. The undermining of the dam explains this oddity.

There is a substantial hole in the weir and it has increased since the image I received was taken earlier. Scottish Water will inspect the weir and sewer as soon as possible and take whatever action they feel appropriate. We await their update and will let readers know when we hear news of what will be done to prevent a serious pollution incident occurring.
Hydro Development at Nethermills Nethermills Hydro Update