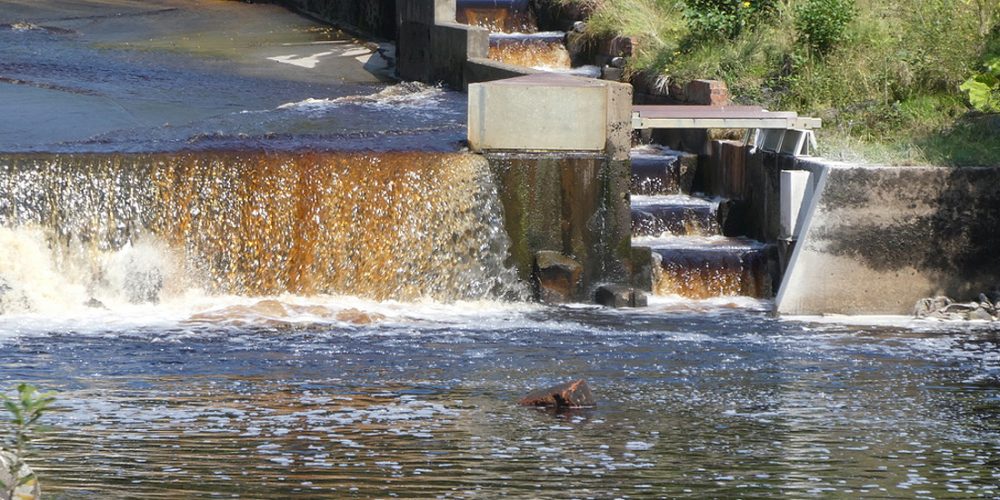 Work to remove the end wall at the fish ladder at Catrine Dam was underway in the last few days and while the timing was less than ideal, the work was considered to be the last remaining main issue that had to be resolved to improve fish migration through the dam. The only remaining action required is to remove the deflector from the dam and this will  be done during the next low flows without any impact on migration or angling. 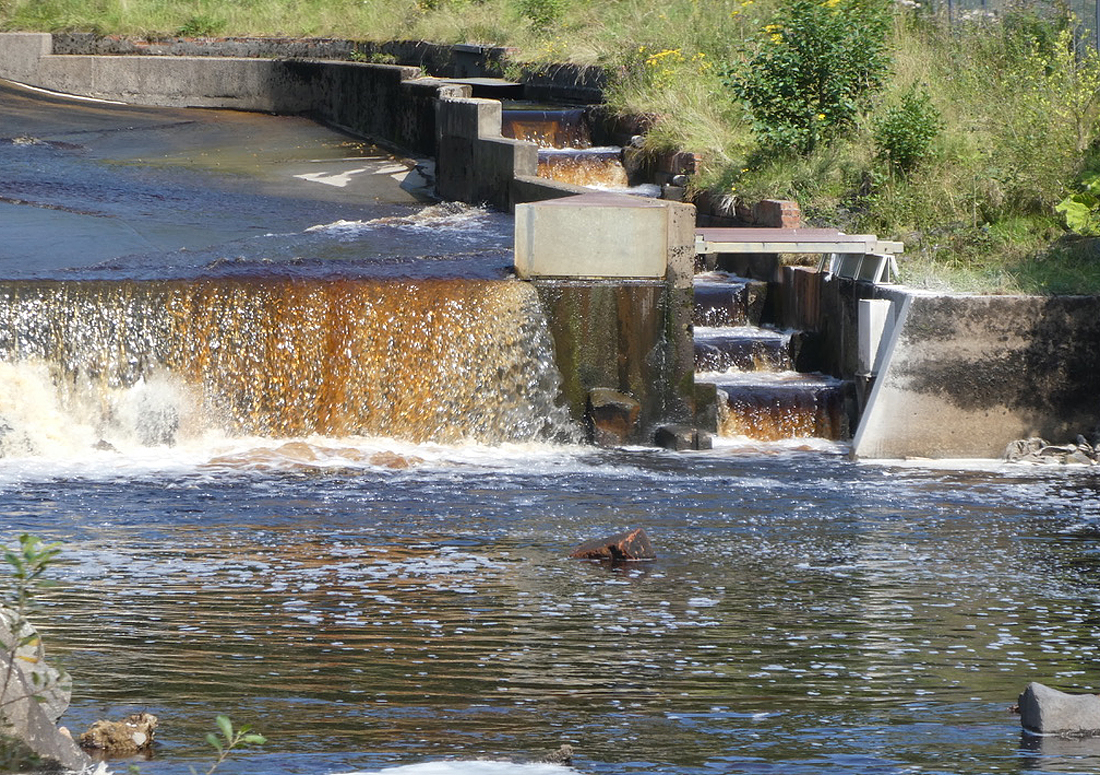 The end wall has largely been removed from the ladder to improve access into the pass. It was cut at an angle to ensure structural stability of the side wall was retained. This also means that as water levels rise, the entrance to the ladder becomes wider. The deflector on the dam will be removed shortly during low flows.

The problem was that the District Salmon Fishery Board were not given adequate notice that work was about to commence and in turn, clubs and anglers were therefore angry to see the flow diverted and salmon stuck in Anderson’s Pool and the middle pool below the dam. Ayrshire Rivers Trust were only provided 2.5 days notice that a fish rescue was required and they did their best to remove as many salmon and trout as possible from the work area and ladder but as there were no pumps provided, deep water prevented most fish from being removed.

These issues have been raised with SEPA and Catrine Community Renewables and hopefully this won’t happen again. The DSFB will take a very strong stance in future if necessary.

All that said, the work was completed and the end wall of the ladder has been removed and this should improve access into the salmon ladder and thus help to get fish upstream quicker. This was something that the Board and ART have pushed for over several years. With improvements also made earlier this year for downstream migrating smolts, the DSFB will now watch to see how these alterations perform in future. Hopefully  no further work will be deemed necessary but if it is, adequate warning and consultation will be expected.

It is encouraging to see what appears to be the best run of salmon going through Catrine in recent years. Hopefully the newly fixed Vaki counter in the ladder will confirm this. 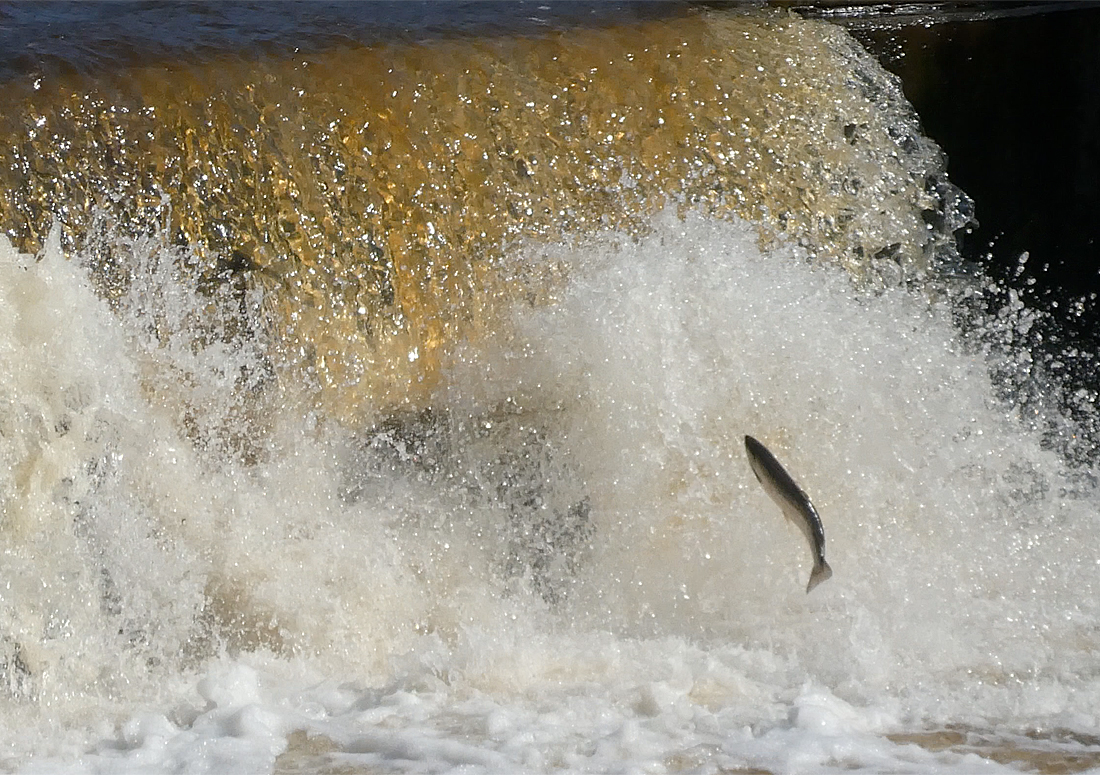 One of many salmon at Catrine last week.