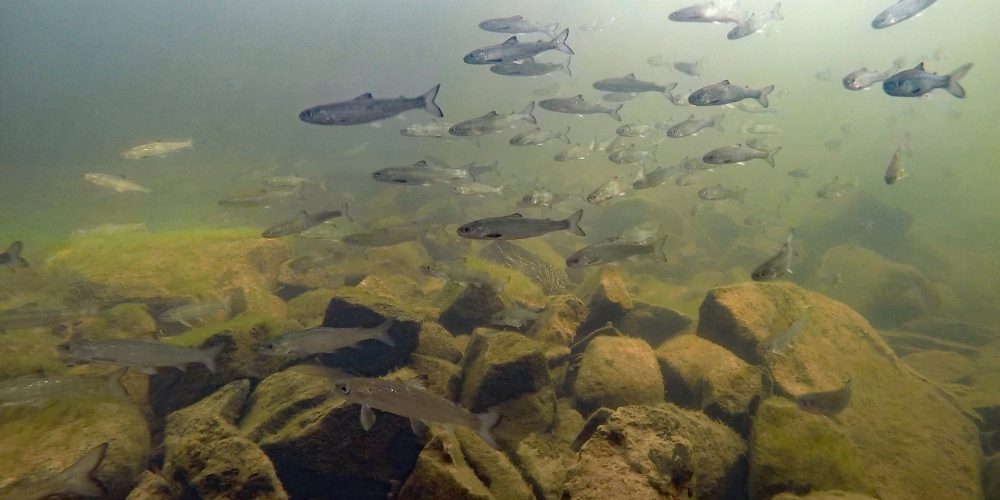 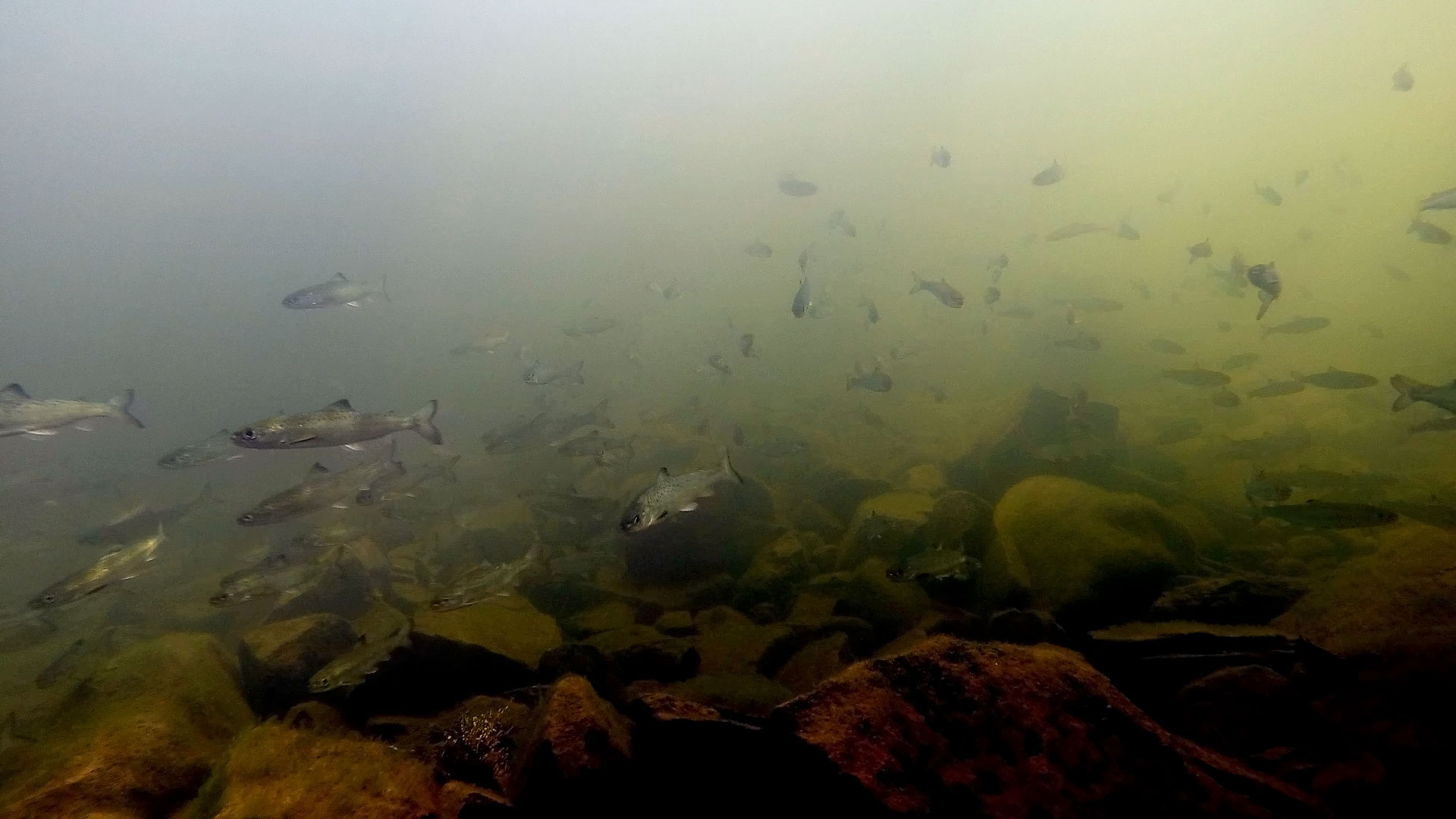 As often happens, we come through winter when it rarely ceases to rain and as soon as our smolt run starts, the rain stops, the rivers drop and smolts become vulnerable and slow moving in ever shallowing pools. The first 3 months of 2020 were wet, incessantly wet with almost 500mm of rain falling in the middle of the catchment by the end of March. But towards the end of the month, just in time for the start of the trout smolt migration, it stopped raining and as we entered April, the rivers had dropped to low levels. Throughout April, only 9mm of rain fell until the last 2 days of the month and then only 6 – 7mm with my records showing a total of just 16.6mm of rain for the entire month. That’s the driest month in the last 3.5 years since I started recording daily rainfall.

The last 3 smolt runs have been hampered by drought periods and this one is no different. With water levels shrinking to extremely low flows, we again find the smolts become delayed in ever increasing numbers in the lade at Catrine Dam. With ‘Lockdown’ restricting our ability to monitor the situation with the level of detail we normally would, its been a series of noticeable increases whenever we visit. Putting a number on smolts in the lade is virtually impossible but it is in the thousands at the moment and we will monitor the situation closely as things progress. We will be speaking to SEPA in due course and ask them to ensure the maximum flow through the newly constructed bywash is achieved.  Hopefully this will move smolts downstream.

On a positive note, there are a lot of smolts in the lade and they will be predominantly 2 + years old and therefore produced in winter 2017/18 by fish running in 2017 which was hardly a blistering year for rod catches.

Here’s some images taken from video footage shot at the lade today. 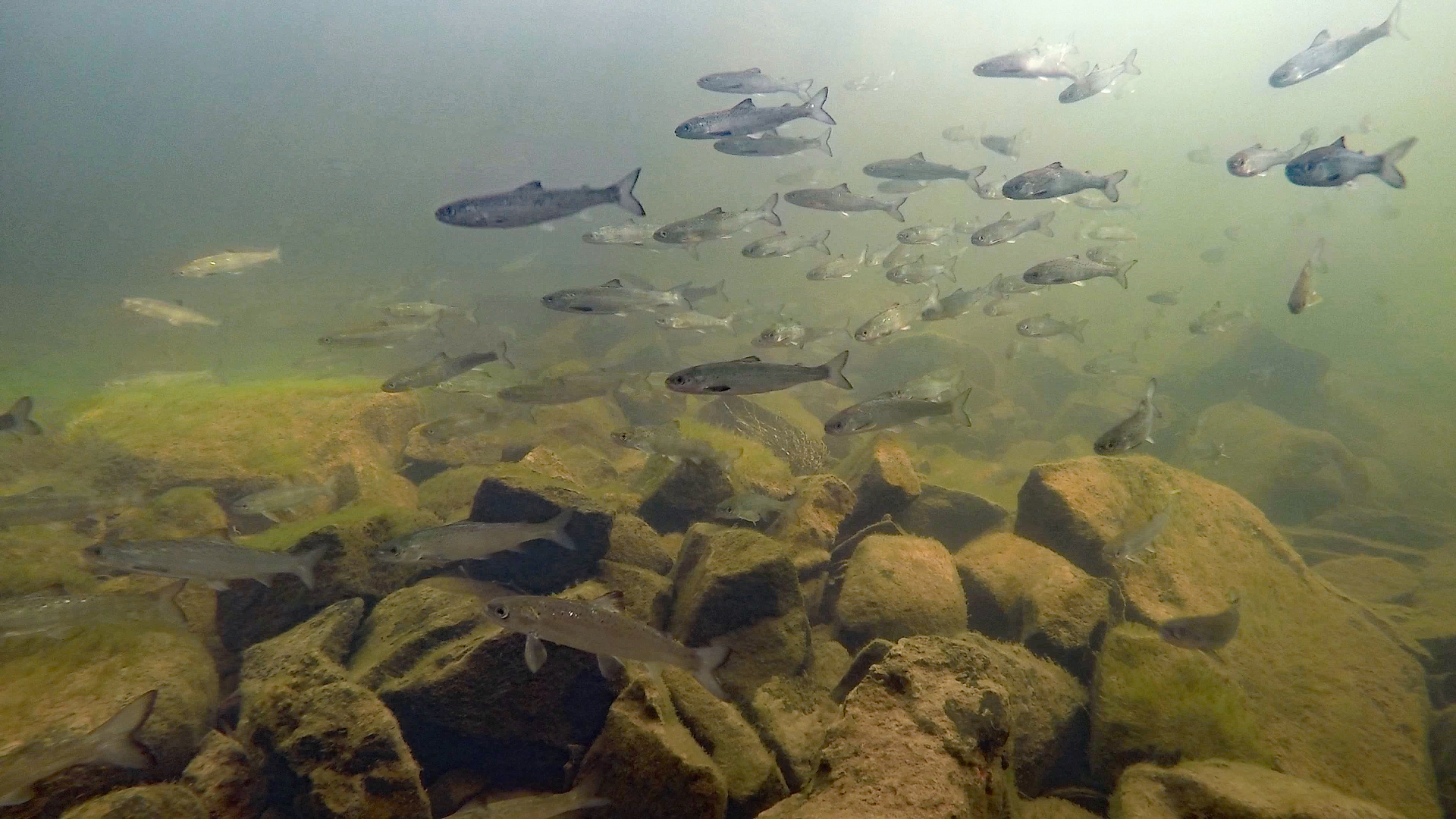 Plenty of smolts in the lade at Catrine 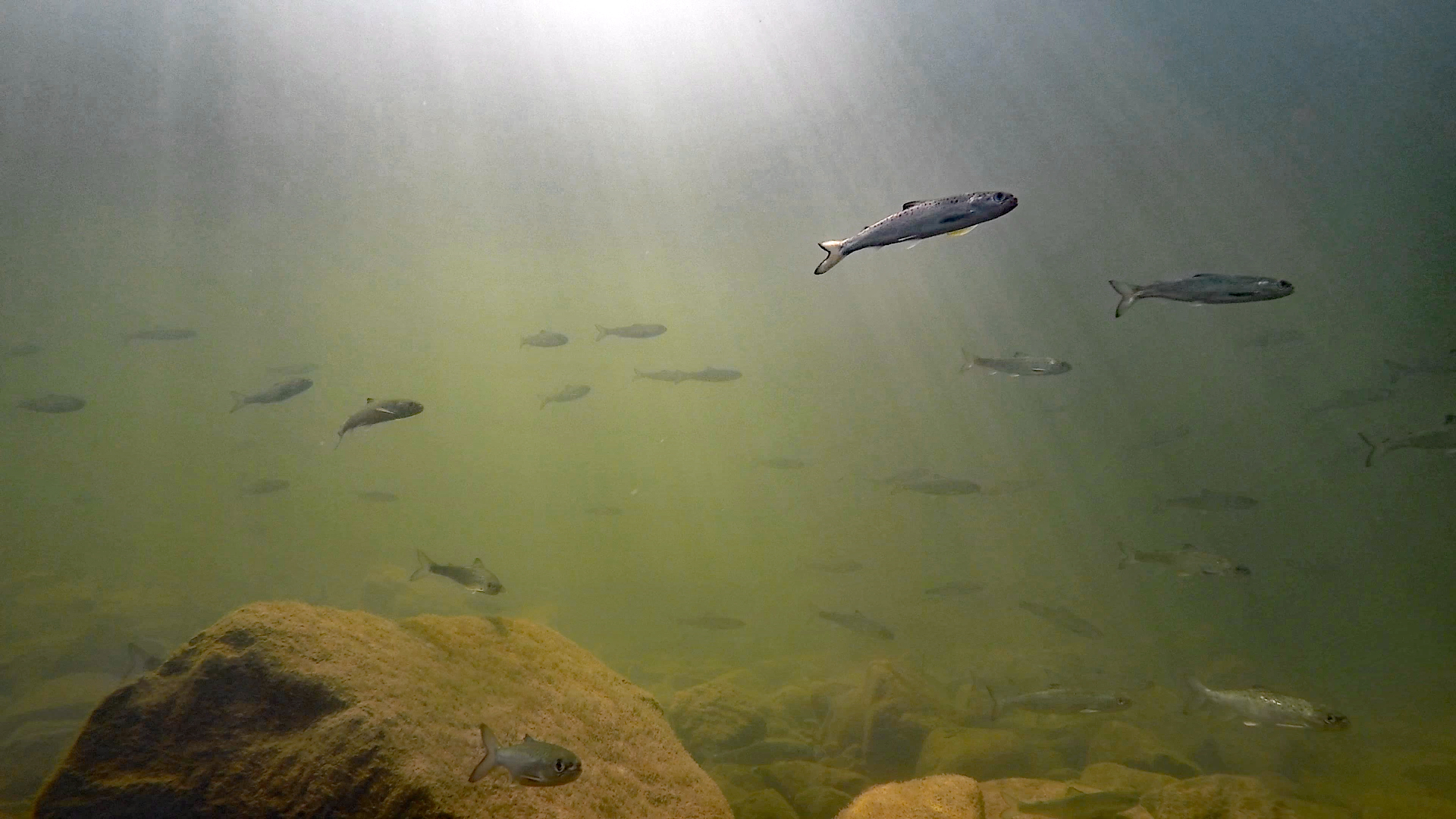 Everwhere we dropped the camera into the lade, the screen filled with smolts.