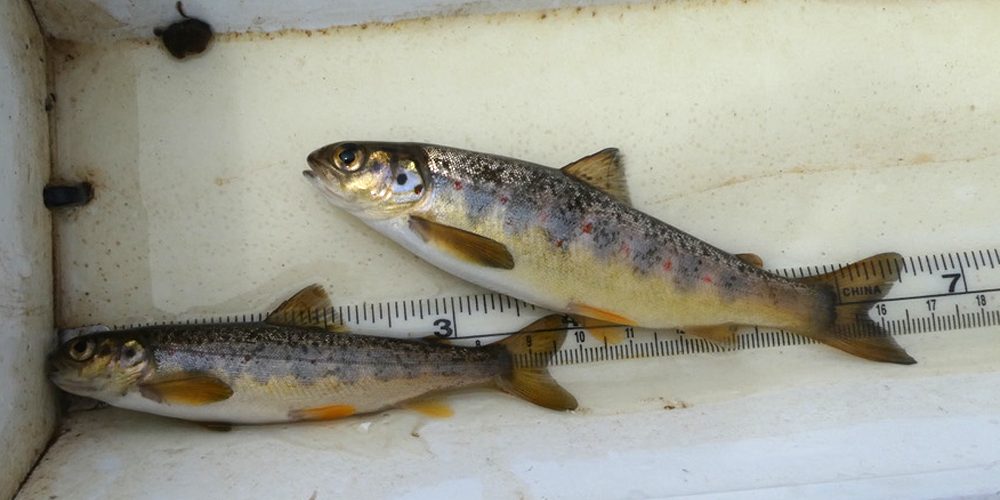 ART biologists made the trip out to Glenmuirshaw yesterday (at the top of the Lugar catchment) to download the data from the Scottish River Temperature Monitoring Network logger that they contribute to on the Ayr and Stinchar. 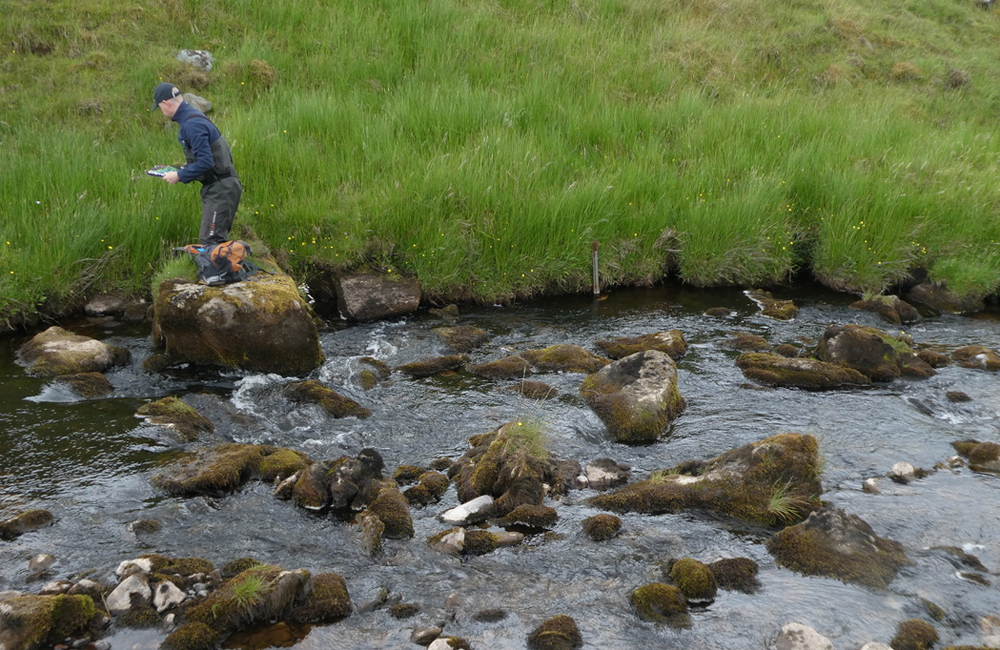 It’s a heck of a trek to get there but they always try to include other surveys to ensure the trip doesn’t include a lot of wasted time.
Yesterday ART downloaded the temperature data and then proceeded to electrofish a site that was last surveyed in September last year. Results were encouraging with salmon fry up 5 fold and trout fry up 2.5 fold. Salmon parr were up 3 fold while trout parr remained the same. 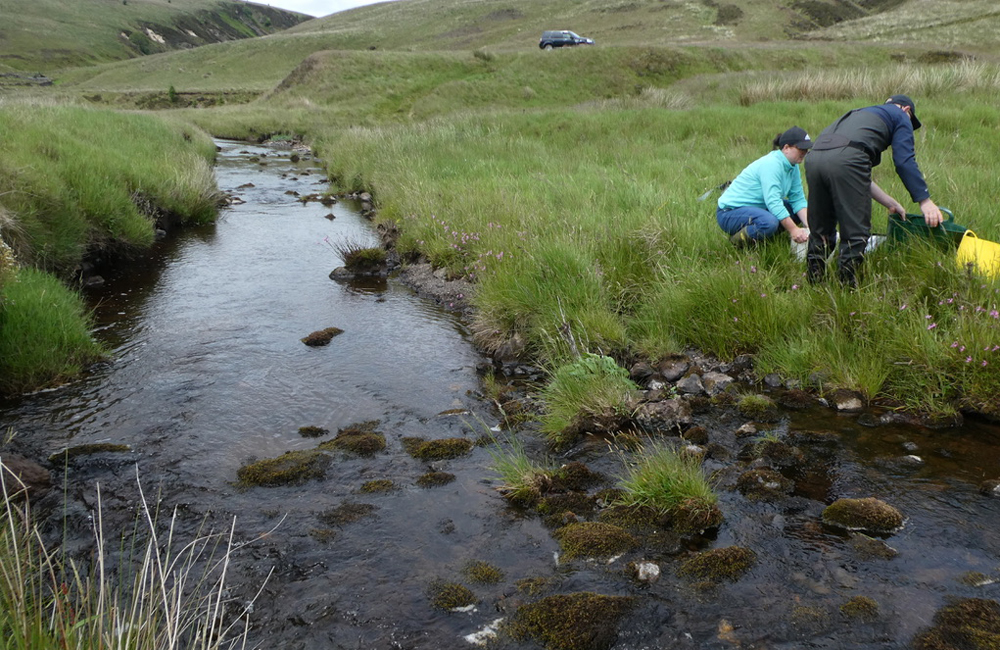 Preparing to process the fish that were caught in the survey at the very top of the Lugar catchment.

There may be many reasons that the number of fish this year was so far up on last years results so rather than speculate too much, ART intend to revisit in September and re survey the same area. But last years data from the temperature logger revealed that the drought and heatwave of 2018 saw water temperatures reach dangerously high levels in this area and that is just one possible explanation of several. Other factors influencing survival or productivity may include, predation, poor number of adult spawners and competition (but ART have already discounted that one at this location). 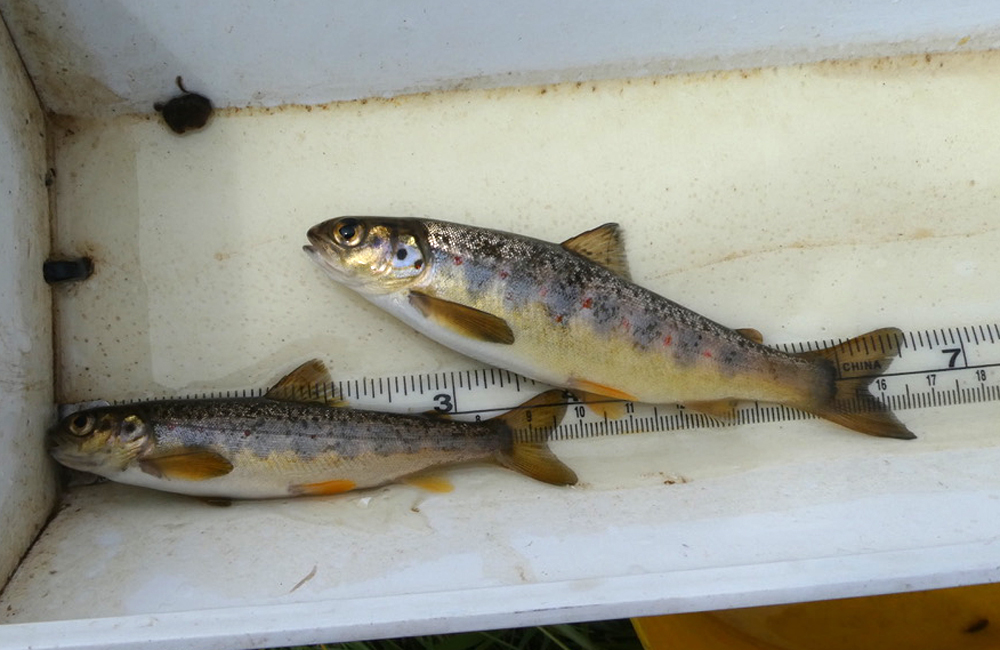 Two year classes of salmon parr from the site 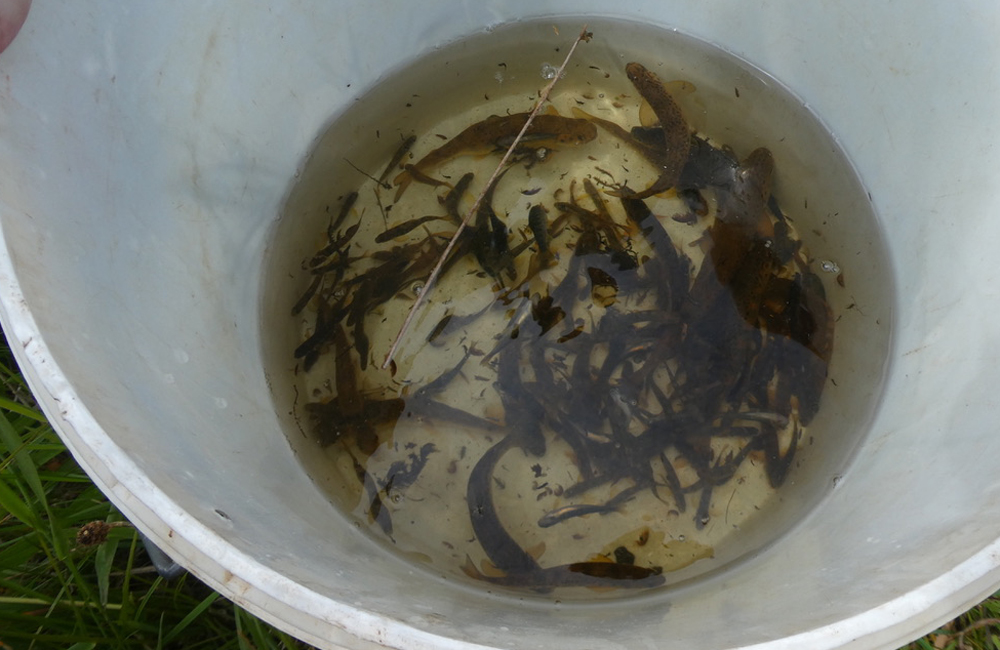 The electrofishing catch from 108 square metres of river. This isn’t a bad result but it could be better. The fish were allowed time to recover before being counted and measured then returned to the river. Note the number of invertebrates in the bucket. They are fish food and there’s no shortage for the numbers captured.

ART were accompanied by a student bioscientist.  It’s encouraging to see new talent learning skills from the ART team.

There were no shortage of invertebrates and despite a reasonably good result, biologists believe this site remains far below carrying capacity. We need more fish returning from sea to address this issue. In the meantime, maximising production and output is all important and must remain the focus of the Board’s conservation efforts. 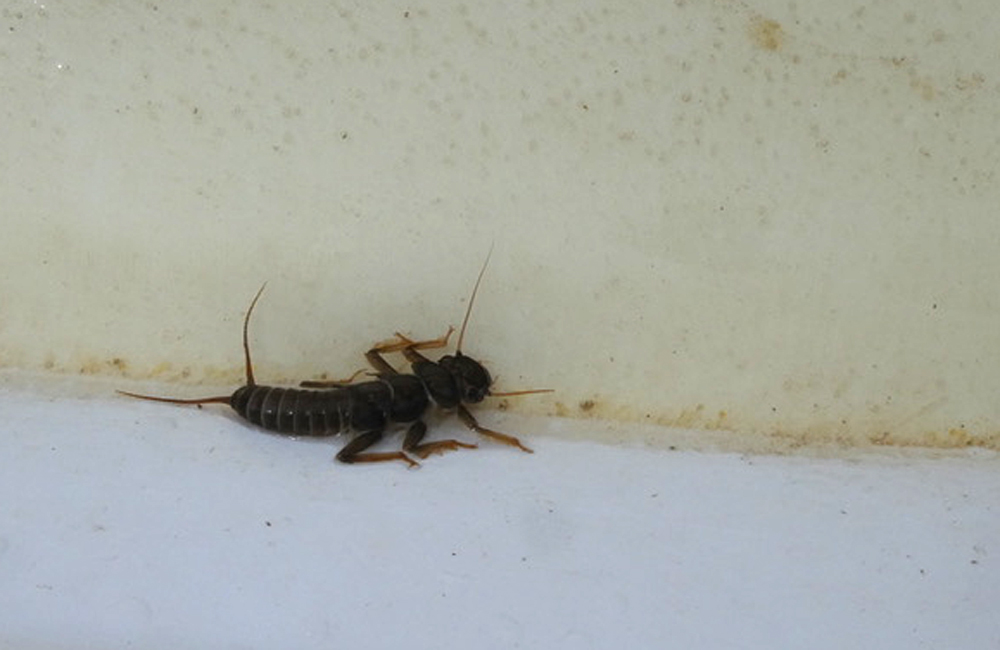 A large stonefly nymph. These are indicators of good water quality and great trout food. The sub species was not identified but is likely to be Isoperla or Danica