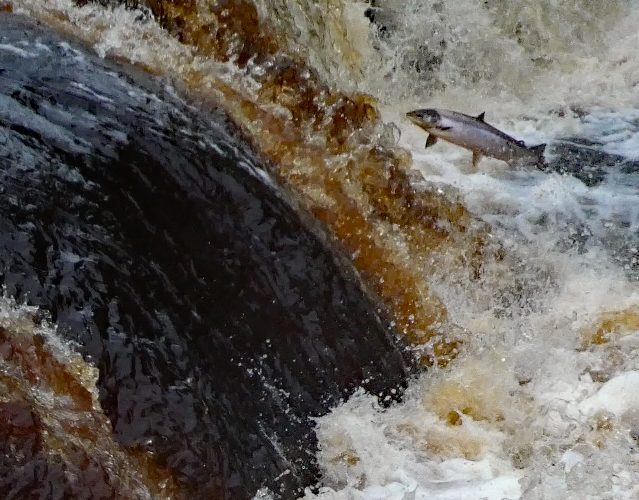 Finally, after two months with very little rain, the weather has broken and the middle catchment received 18mm in a 24hour period on top of 6mm in the previous 24hour period. That led to the Ayr, Lugar and all the tributary burns coming into spate and giving the river a good clear out. The algae on the bed of the river was thick and this can deplete oxygen levels overnight which can reduce juvenile survival. 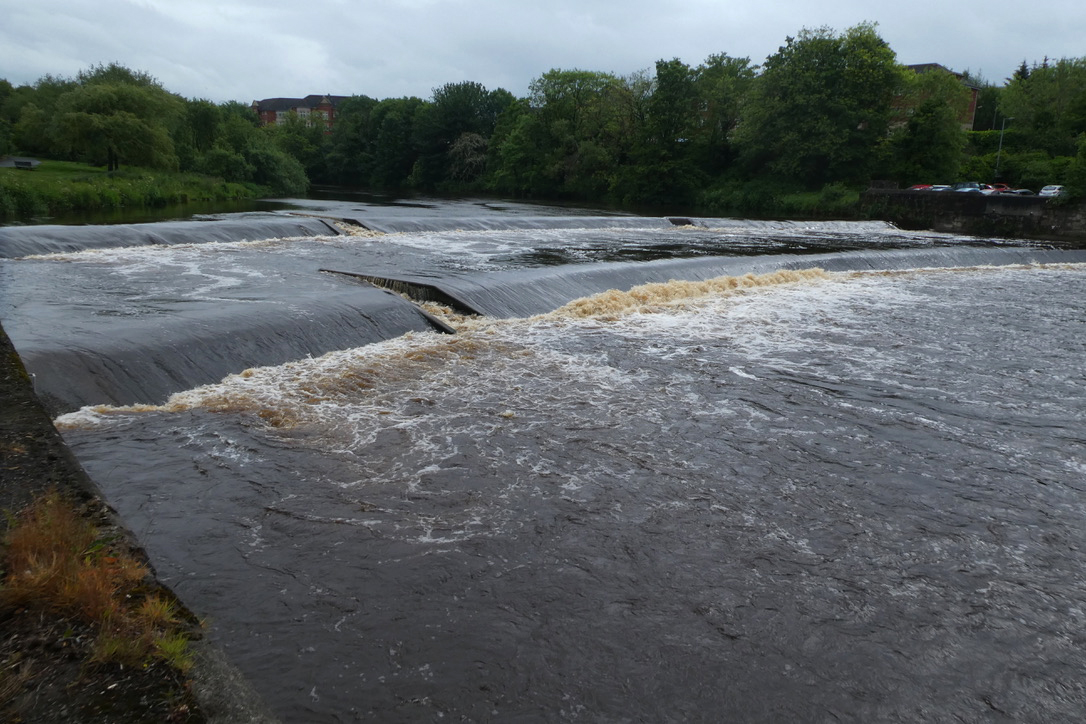 The Ayr came into spate yesterday and continue today although levels have dropped back considerably. Salmon were seen at Nethermills this afternoon

This spate was long over due as we were still seeing the odd smolt at Catrine up to the end of last week, presumably held up by the lack of rainfall and dams.  Now there’s been adequate water, the smolts will almost certainly have left the river and the fresh but delayed Spring run are heading upstream.

While the Government requires that all Springers are returned before the 1st April each year, the board further recommends that no fish are taken until the 1st June.  We also encourage anglers to return as many salmon as possible and bear in mind with June on us tomorrow, the fish entering now really are Springers that have been delayed so while it may be tempting to take them, please consider this carefully before you do as the Spring stock is only just recovering after years in the doldrums.  There should be plenty of time to catch a summer grilse which aren’t as scarce as the spring fish. 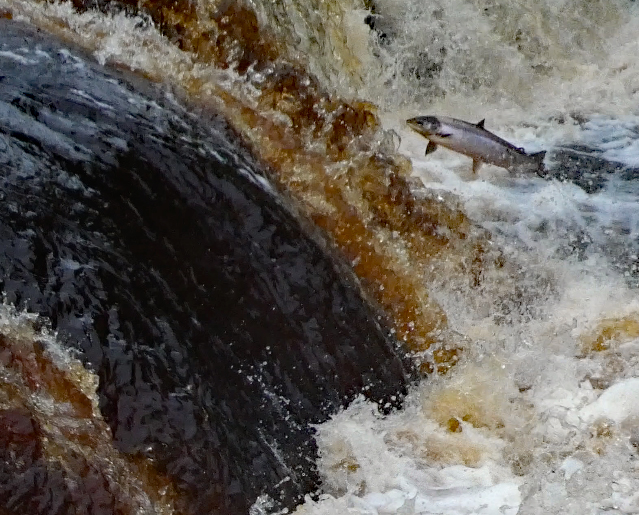 A nice sized springer spotted on the Ayr at Catrine today

With the Ayr catchment designated Category 2 in the Government’s conservation assessment for 2019, this shouldn’t lead to a return to widespread killing of salmon and anglers must consider carefully their actions before taking any fish. If C&R levels drop to a level that the Government considers unacceptable, then it won’t take them long to return the river back to mandatory catch and release for conservation purposes. No one wants that forced on the river or anglers so it is best to refrain from taking anything but an occasional salmon and then only if you really feel it justifiable. The Ayr’s juvenile stocks showed an upturn following the first years introduction of mandatory C&R and this illustrates that exploitation does limit the number of eggs deposited. There are plenty of other problems facing our salmon too but anglers can influence future productivity and that’s why we are sharing this conservation message.

2 Responses to "Rain at Last!"