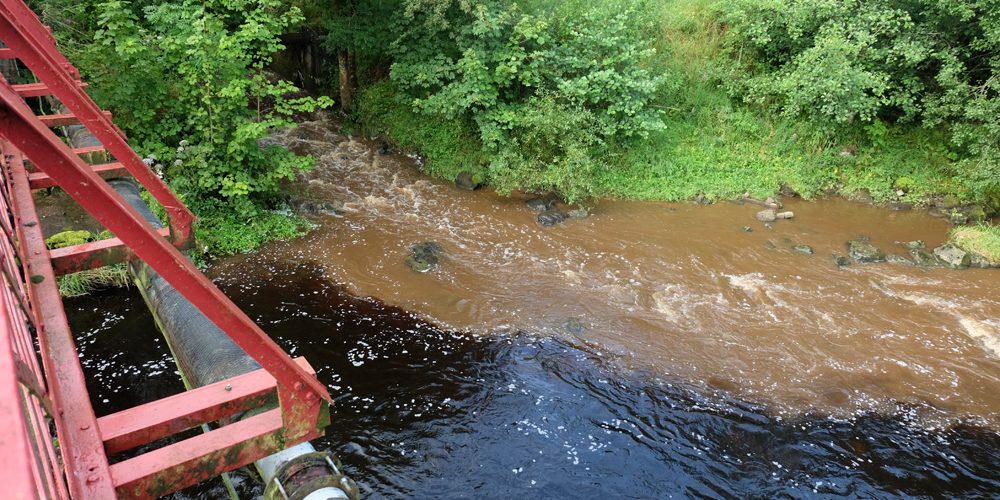 That’s the situation many anglers must have faced when they turned up at the river this morning. From Catrine downstream at least as far as Failford was affected early on following very localised heavy rain overnight. The pollution was travelling downstream and I expect by mid day, most of the river was affected. 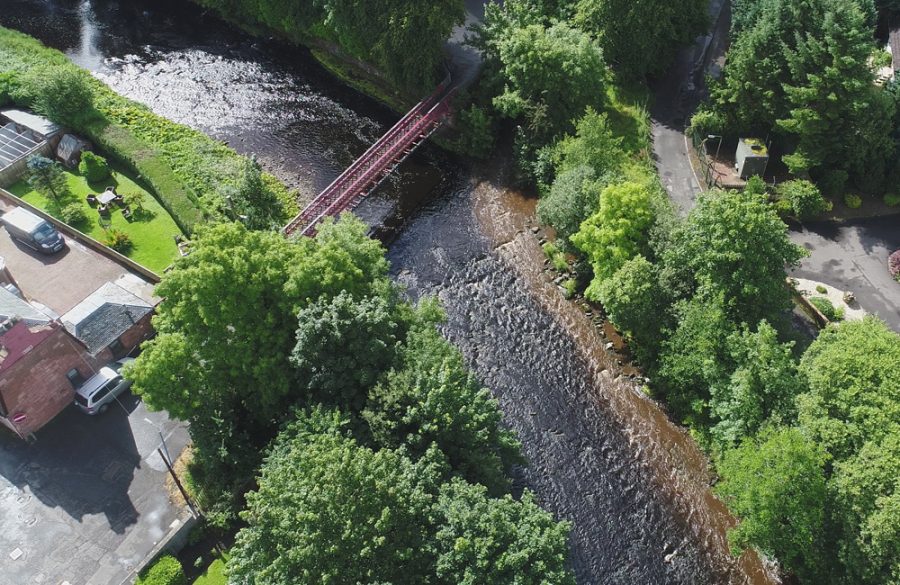 By 200m downstream of the confluence, the entire River Ayr was affected. 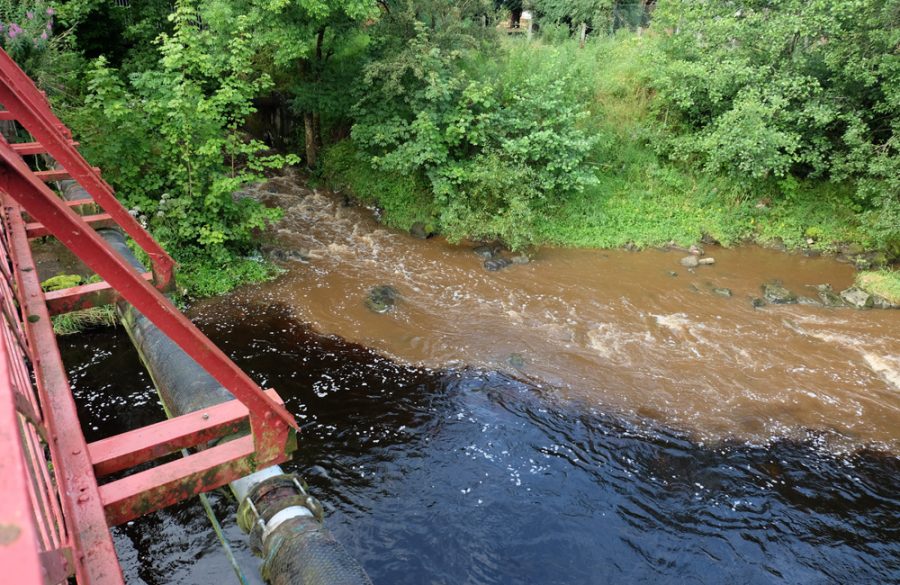 The Bogend Burn at Catrine was in spate this morning. It enters the Ayr at the Institute footbridge in Catrine. The silt load from this burn quickly mixed with the Ayr which was running clear and the whole river was discoloured as a result. The cause of this siltation?…. well it appears to be livestock poaching of the water margins at several points within the Bogend Burn sub catchment. Watch the video that Ayrshire River’s Trust senior biologist shot this morning and posted on their Facebook and Web pages. It is shocking that this continues after years of SEPA’s ‘Diffuse Pollution Initiative’. 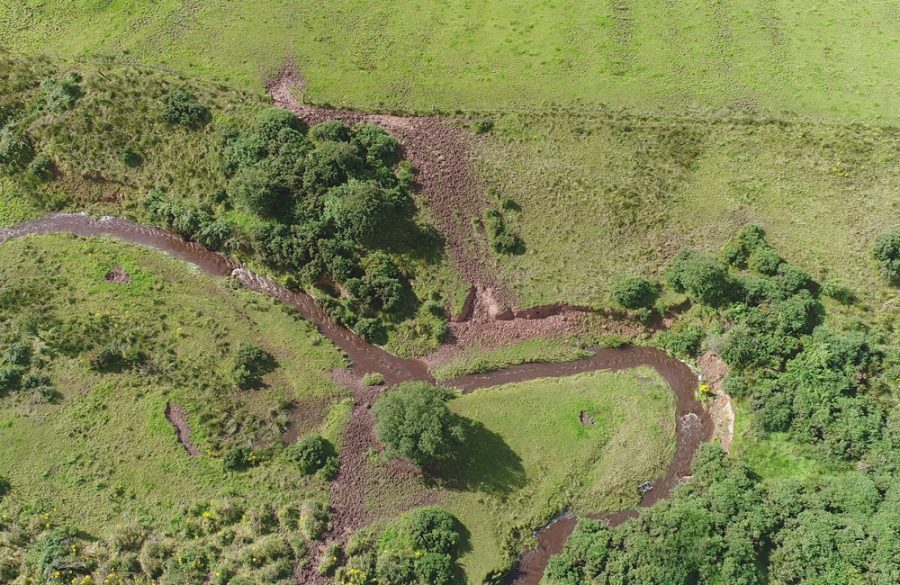 The unacceptable face of agriculture. fortunately not all farms are responsible for such pollution. 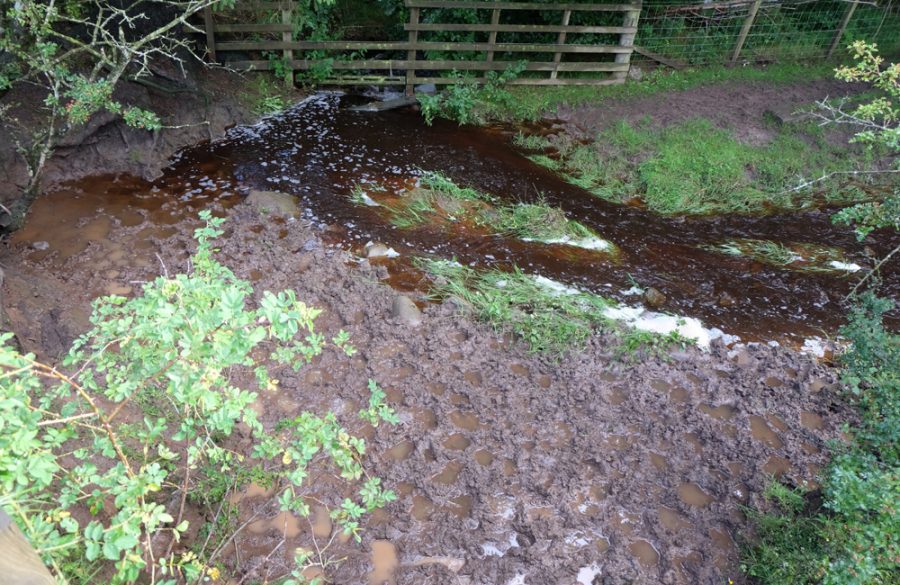 There was more than one farm responsible for the pollution 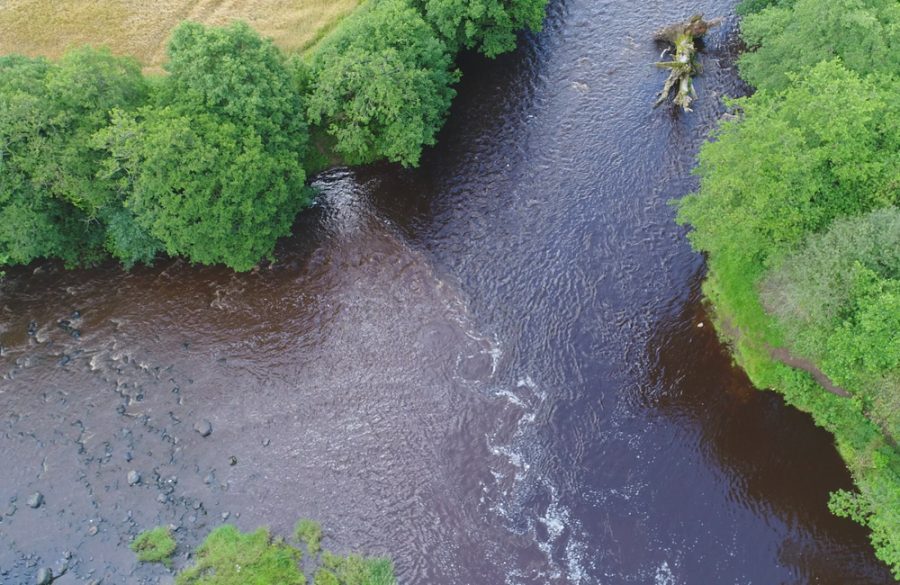 The Meeting’s Pool on Mauchline and Ballochmyle Club water. Anglers went home with even having a cast.

Stuart Brabbs from ART reported the incident to SEPA and asked them to investigate but more importantly to get the problem sorted.

He is concerned that the Bogend Burn hardly produces any trout or salmon anymore. “It’s been in such poor condition for so long now that salmon rarely enter it. It should be a prime producer of salmon and sea trout yet is failing terribly. SEPA has to address these problems and allow the burn to again become an important part of the river system”  he said.

At a time when clubs are struggling to survive, they can ill afford to lose members and visiting anglers through problems like this. I expect the DSFB will be keen to discuss this event and hopefully take whatever action they can to rectify the situation. ART will support them I’m every way possible.

Here’s the link to the video. https://www.youtube.com/watch?v=kL6dB0simYw&t=293s

AYR DSFB AGM The River Ayr District Salmon Fishery Board A.G.M will be held on the 3rd of July at Mauchline and District Kilmarnock Supporters Club at 7.00pm sharp all are welcome however during the meeting members are asked to conduct themselves in a appropriate manner