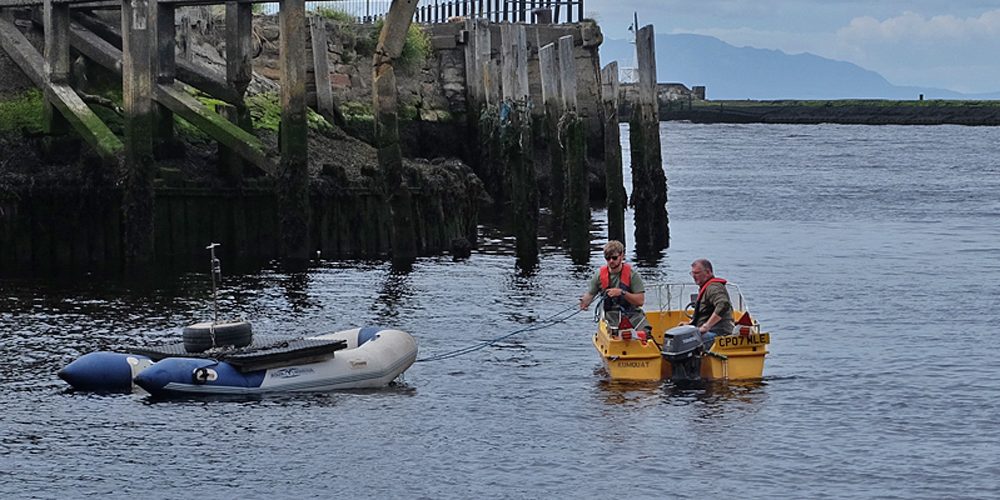 MSS are operating a salmon tracking project that aims to identify where salmon tagged at Armadale on Skye, end up. This project is in addition to conservation measures that have placed restrictions on mixed stock coastal netting.

An acoustic tracking receiver was placed in Ayr Habour today by Ayrshire Rivers Trust for MSS and the data it gathers (if any) will be downladed later this year. Ultimately, this tracker may prove that netting in coastal waters impacts many rivers as the stock may well be mixed an not just from the closest river to the netting station (as it is frequently assumed or claimed).

In the long term, this may lead to continued restriction on netsmen following the temporary measures that were put in place last year for 3 years if it proves there’s a greater impact on mixed stocks than some claim.

Salmon have been tagged at Armadale and anyone catching a salmon with a tag has been asked to return the tag to MSS to claim a £20 reward. If you catch a salmon with a tag (as shown in the attached photograph) near the dorsalfin, then please remove it by cutting through the plastic cord to remove the acoustic tag (black cylinder). Please note that the colour of the cord may vary from yellow. Record sex, length etc but don’t delay getting the fish back in the water to do this. Details of where to post tags is on another post on this site. 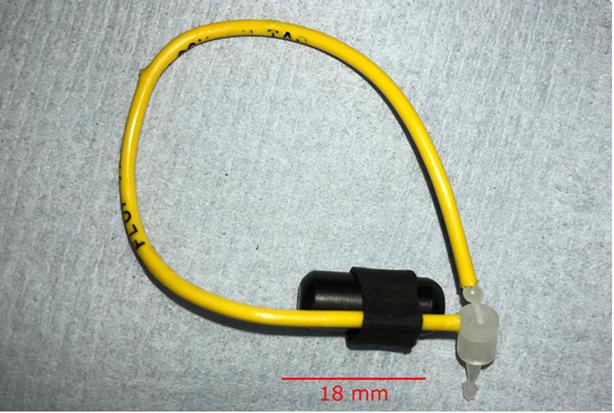 A sample tag. Cut the yellow plastic and remove the black transmitter, them post back to MSS to claim £20

ART placed the receiver in the harbour this afternoon and shared these photos. 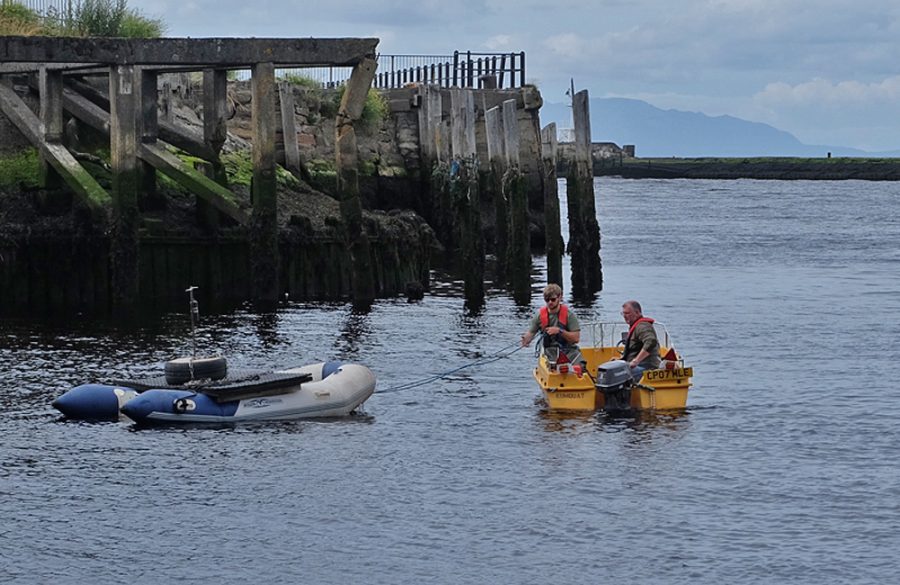 ART towing the mooring to its location upstream of the harbour 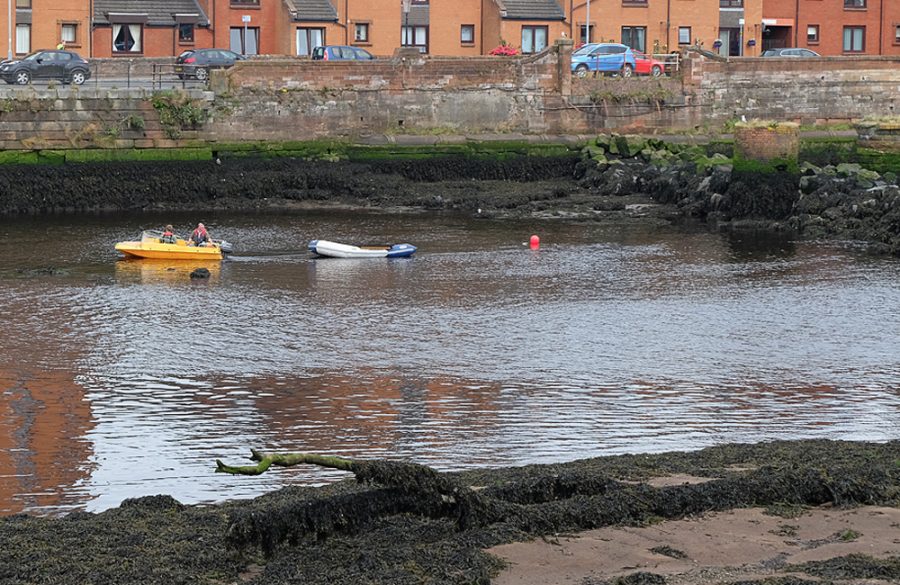 The mooring and tracker in place and ready to capture any signals from tagged salmon entering the Ayr.