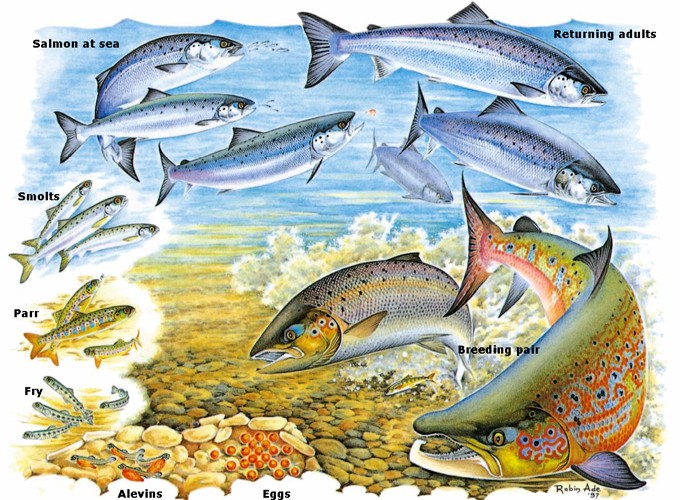 Anyone venturing onto the river at this time of the year should be able to identify the difference between fresh run salmon and sea trout and kelts. Kelts are fish that have spawned in the last few months and are returning to the sea. You also occasionally catch brown trout kelts but normally they have recovered condition by the start of the trout season. Sea trout and salmon on the other hand take slightly longer to recover and are legally protected by Law and must not be killed.

In the weeks ahead, anglers should also be aware that smolts will be heading downstream to the sea on the start of their migration journey. What’s a smolt? is a question that we often hear so the picture below shows the salmon lifecycle in an illustration by Robin Ade from Galloway. 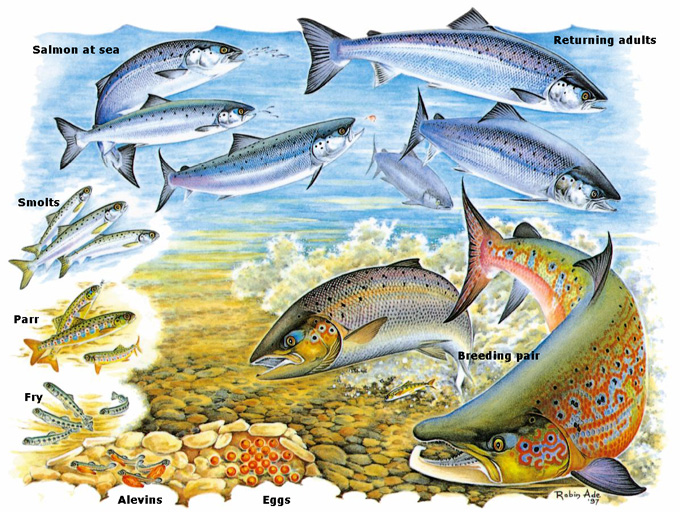 The salmon lifecycle. An illustration by Robin Ade. Reproduced for education purposes from the Atlantic Salmon Trust website.

Kelts aren’t shown on the illustration but fit in immediately following spawning. They may survive to spawn a second time but probably less than 10% do. Sea trout are rather different and kelts usually recover and the fish return several times year after year to spawn.

The Marine phase of the lifecycle is shown in the top half of the image with the fresh water stages below.