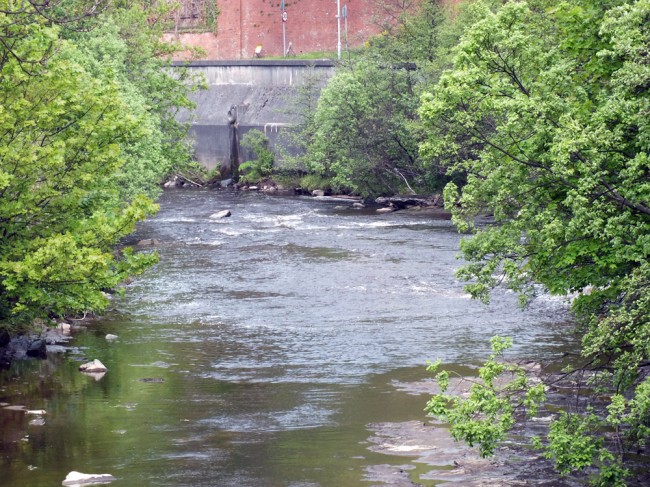 We have received several reports recently of rainbow trout being caught on the River Ayr and Doon and I have received photos from reliable sources of these fish caught on both rivers. Whilst this situation is not good, these fish should be thinned out quickly by the numerous anglers that are out on both systems. Anyone catching rainbows in any river should kill it and I’d appreciate if you would take the time to let me know and if possible, send me a photo.

Rumours have being circulating as to the source of these rainbows and blame was widely  directed at Ayr Angling Club as responsible for the situation on the Ayr. I spoke with the Secretary of Ayr Angling Club today on this matter and I am pleased to report that the Club categorically refutes any suggestion that they introduced rainbow trout to the River Ayr. Club members in attendance at the time of the stocking confirmed that no rainbow trout were stocked. The supplier also confirmed this to Ayr AC.

Of course there have been rainbows turning up on both the Ayr and the Doon and it is easy to speculate where they came from but without evidence, I’d encourage people to go fishing (with permission of course) and kill any they catch (I only ever recommend 100% killing of non native species. Native species; trout and salmon may be killed at the anglers discretion and following DSFB guidance, but there is no need to). There is nothing more that anyone can do on this matter at present but Marine Scotland and the Fish Health Inspectorate are both aware of the situation. Anyone responsible for rearing or keeping fish are encouraged to review their containment measures. These measures should prevent escapes even during exceptionally high flood conditions. Nothing less is adequate.

Another worrying report came to my attention yesterday; a Barbel is reputed to have been caught near Ochiltree on the Lugar Water. Whilst I’ve no photographic evidence to support this, I am led to believe that the fish was 1.5 lbs in weight, definitely a barbel and was killed and disposed of. It goes without saying that if you catch something that is obviously different and not either salmon, trout, (Grayling on the Ayr) or eel, then it should be photographed, frozen and reported immediately to Clubs, DSFB or ourselves (or all 3). Only by following such simple procedures can we avoid being led on wild goose chases and potentially expensive  and unnecessary investigations.

The introduction of any species into a river or loch requires a licence from Marine Science Scotland. Introductions of non native species to our rivers never receive approval or licence and are illegal. No one should take it upon themselves to introduce any species to a freshwater as this can be highly damaging and destroy wild fish populations.