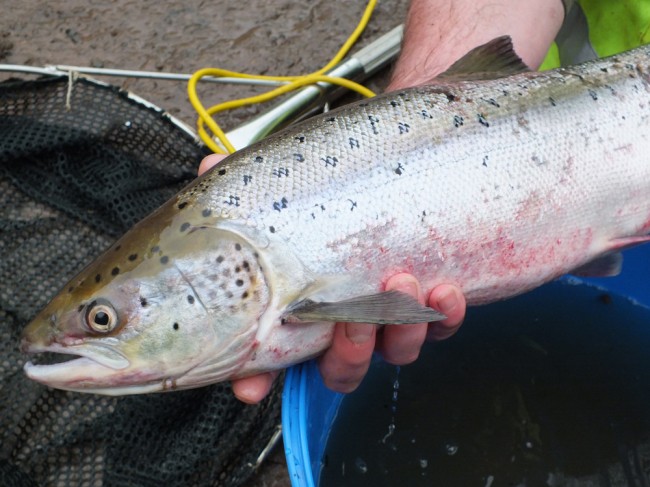 Of course after guestimating as to the weight of the big salmon we captured at Catrine yesterday, we now have checked the weight against an online calculator. I knew it wouldn’t be long until someone questioned the weight I suggested as the photo I posted earlier wasn’t the best. In the rush to deal with this fish, I have to say we didn’t spend quite long enough photographing it. Regardless of what a captor claims, there are always doubters. This fish wasn’t an angling achievement and as such we are here to report facts not fiction.

Anyway, I’ve added a few more shots for all to see. The fish was the largest salmon I’ve ever handled by far. My biggest salmon to date was 17.5lbs and trout was between 18 and 19lbs so my guess at about 25 – 26lbs wasn’t an inexperienced shot in the dark. The fish calculator places the fish between 23 and 25lbs. From memory the fish was 89 cm long with a girth of 54cms. I’ll check these figures and update them in the morning when I get to work if necessary.  Gordon looked this up for me on line while I checked the scales to age the fish so am not sure which calculator he used. These calculators aren’t always accurate so to be safe, I’ll place the fish anywhere between 22 and 25lbs. More accurate than that is impossible as we didn’t weigh it unfortunately but I’d lean towards the middle to upper end if my opinion counts for anything.

Until I get a second opinion on the scales, I’m going to say nothing of its age. It was a hen fish and this was its second trip up the river to spawn. A very distinct spawning mark is visible on the scales from winter 2012/2013. It was in great condition apart from a small damage to the dorsal fin but hopefully this won’t reduce it’s chances of survival.

The photos below are the best we have of the fish. 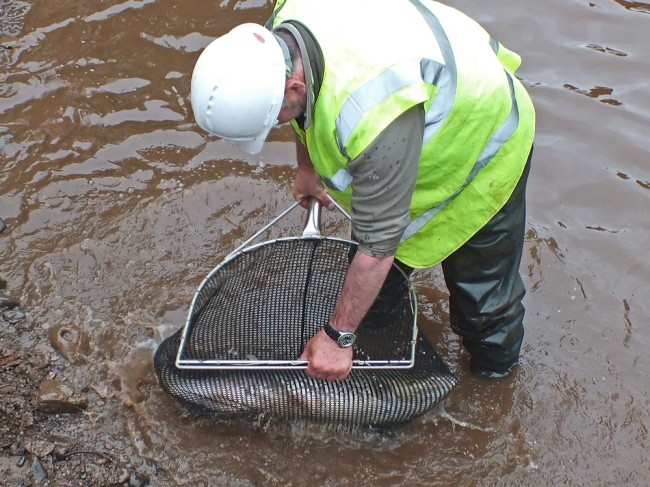 Obviously a big lump of a fish 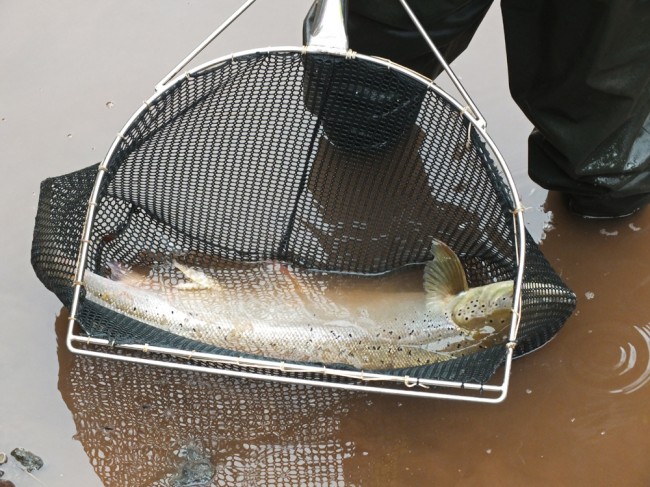 As the fish wasn’t tired in any way, holding the fish up for a traditional posed shot was impossible and keeping it from leaping from the net was almost as difficult. 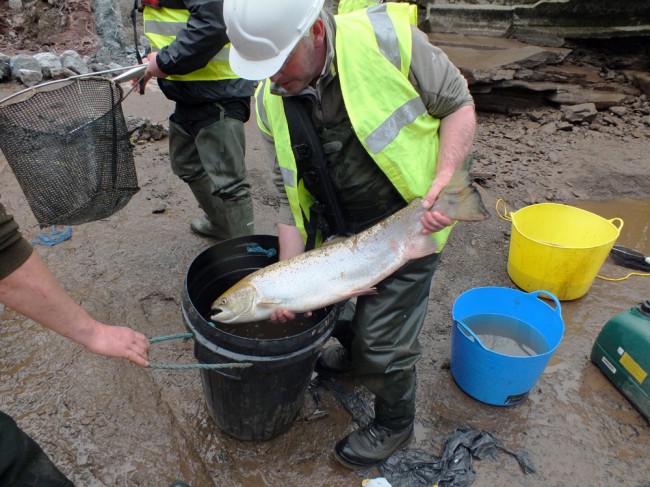 The wide angle lens doesn’t do this fish justice but comparing the length with the depth of the bucket helps put it into perspective. It doesn’t help that the fish is at an awkward angle. A rather hurried photo as the well being of the fish was more important.